The Green Party is supporting a call by prairie farmers to exempt 2019 grain drying operations from the carbon tax. Last year’s wet fall harvest forced many producers to dry their grain to prevent spoilage. This was a costly process, made even more so by the carbon tax. While most fuel used in agricultural operations is exempt from the carbon tax, grain drying and fuel to heat buildings is not. The Green Party’s agriculture critic, Kate Storey, says that, while farmers have the ability to insulate buildings to cut down on heating costs, they have no choice when it comes to grain drying. “The grain has to be dried, or that food will spoil,” she wrote in a statement to the NG Times. “It just makes no sense that the fuel for a critical piece of food production equipment was left out of the exemption when all other farm equipment is exempt.”

If an exemption is made, it should affect farmers across the country, not just those making noise in the prairies. Local grain farmer, Jason Byvelds, owns a grain dryer and says he would definitely benefit from the proposed relief. “I am happy to see the Green Party supporting farmers,” he says.

Jason is generally unhappy with how the carbon tax relief has been used thus far, referring specifically to the $12 million the government gave Loblaw Companies Ltd. in 2019 to install lower-emission refrigeration systems. “I do hope that if the current minority government does provide some relief to Canadian farmers, that it’s well defined who is eligible and that it is inclusive as opposed to selective,” he says. 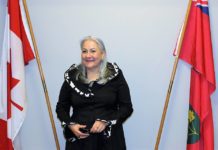