A new restaurant in Oxford Station has chosen to open, even as many restaurants across Canada are closing their doors due to COVID-19. Paul and Lisa Castonguay are the co-owners of Paul’s Bistro at 2110 County Rd 20 in Oxford Station. They planned on opening for the first time for St. Patrick’s Day on March 17, but due to COVID-19, they had to cancel all their reservations. “Initially, we were very heartbroken,” Paul says. “We worked so hard and had a big book of reservations.” 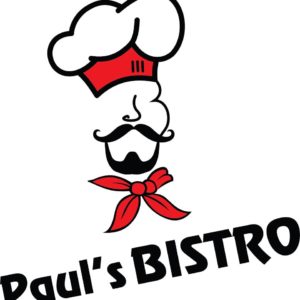 Part of their business model was having a convenience store attached to the restaurant, selling coffee, baked goods, and other take-out items. With that in mind, they decided to open just the convenience store and take-out portion of their restaurant so they could still start operating their business and serving the community. “The community has been phenomenal,” Paul says. “We’ve had such a warm welcome.”

The pair have been trying to take stock of what their customers want to see in the store. Currently, they are selling items like coffee, baked goods, and ice cream in their convenience store, but they are also operating the kitchen, offering a full three-page menu for take-out. Paul says business has been great. “We opened on a Friday during Lent, and we ran out of fish and chips,” he says.

Lisa and Paul are no strangers to the restaurant industry. Paul’s parents are Wally and Elise Castonguay, who owned the Villa Toros restaurant in Kemptville for many years. Lisa has experience managing fast food restaurants, and Paul not only grew up in the restaurant industry, but also has a culinary diploma from Algonquin College. “We have wanted to own our own business for a long time,” Lisa says.

Paul and Lisa have hired a couple of young people to help them run their take-out restaurant and store, and their daughter is helping as well. Lisa says they are being very careful to have proper cleaning practices in place and to promote physical distancing. “We are sanitizing everything and using gloves,” she says. “People can schedule a time to pick up their orders so there aren’t too many people in the store at once.”

Lisa says that, at first, it was very upsetting to walk around their empty restaurant; however, their days are always brightened by the customers who are supporting them through this uncertain time. “It’s been a blessing in disguise,” Lisa says. “It’s scary, but it’s also been wonderful.” 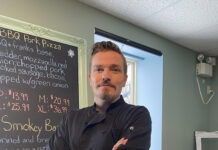