Michael Barrett, Member of Parliament for Leeds—Grenville—Thousand Islands and Rideau Lakes has been named Shadow Minister for Ethics by Conservative Leader, Andrew Scheer.

“Our Conservative team is strong, experienced, and ready to fulfill our role as Her Majesty’s Loyal Opposition. Canadians sent us to Ottawa to hold the Liberal Government to account, and to work for Canadians from Coast to Coast”, Michael said.

Following multiple findings of ethical breaches in the Trudeau Government by the non-partisan Conflict of Interest and Ethics Commissioner, Mr. Barrett acknowledged the important work in this portfolio.

“The Trudeau Liberal’s have such a poor track record that in just four years, we saw the Prime Minister, Minister of Finance, and the Minister of Fisheries and Oceans all found guilty of ethical breaches,” he said.

Between 2015 and 2019 there were multiple findings of ethical breaches in the Trudeau Government by the non-partisan Conflict of Interest and Ethics Commissioner including the Prime Minister’s interference in the criminal prosecution of SNC-Lavalin, and his trip to the private island of the Aga Khan. Other senior members of the government also had findings against them by the Commissioner including Minister Bill Morneau, who failed to disclose that he owned a private villa in France, and Fisheries Minister Dominic Leblanc, who awarded a lucrative clam fishing contract to family.

“Canadians still don’t have the full story regarding the SNC Lavalin scandal where the Prime Minister refused to cooperate with the Commissioner and the RCMP. Canadians need to have confidence in their public institutions and we’re going to shine a light on the Trudeau Liberal’s actions to ensure they carry on the business of Government in a manner that’s beyond reproach. Canadians deserve nothing less,” he concluded.

In the last session of Parliament, Mr. Barrett served as the Deputy Shadow Minister for Small Business and Export Promotion, in addition to serving as a regular member of the Standing Committee on Justice and Human Rights. 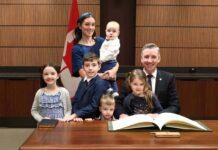 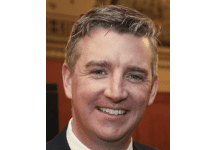 Thank you from Michael Barrett, M.P.