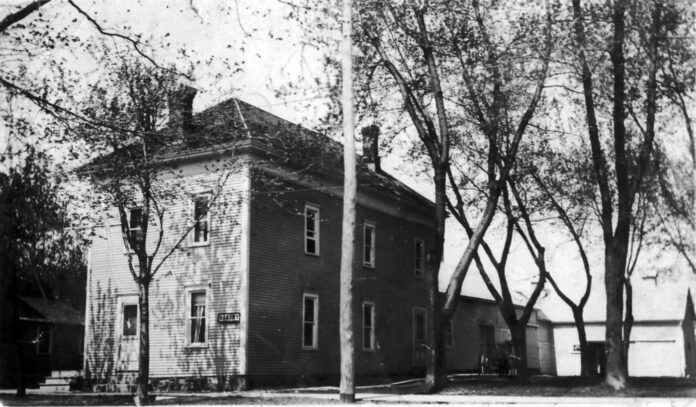 Grahame’s Bakery was originally the site of a house built by Asa Clothier in the 1820’s, and was at the centre of what was then the downtown part of Kemptville. Today, the building that houses the bakery is still a social centre, a place with a long history of people gathering to discuss local issues and matters of substance (and much good gossip).

Grahame’s Bakery supplies bread, cakes, pastries, cookies, donuts and other delicious goodies to restaurants throughout North Grenville and beyond, as well as directly to shoppers dropping by for a cinnamon bun or loaf of freshly-baked bread. You can also find wonderful cakes for all occasions, made-to-order for that birthday, anniversary, or any special occasion.

How long have people been baking in the wood-fired oven at Grahame’s Bakery? The first official mention of the bakery was in 1888, when Alpheus Patterson sold the business to John McBride. McBride paid $1,200 for the property and “all the implements and fixtures connected with the Bakery”. Patterson must have been a very successful baker, because part of the arrangement with McBride was that he would not go into the bakery business in Kemptville, or within ten miles of the village. Non-compete clauses go back a long way in local business!

Patterson had bought the bakery from Thomas Hicks in January, 1885, so the oven had been in use since at least 1884. In fact, though, Hicks had been in business in that same building since he had built it in 1872, so the oven may be even older. It was used as a model in the reconstruction of a bakery in a heritage park in British Columbia. So the tradition has continued and has had an influence far beyond the borders of North Grenville.

And it’s not just the oven that exemplifies that tradition. The skills, the local craft of the baker, have also been passed down through generations. Patterson passed the bakery on to Andrew Robinson, and, in his turn, passed it on to James Eager. Bert Frisby took over in 1922 and baked for almost forty years. Bert trained a young man from out on the Howey Road (now County Road 43) named Leonard Grahame, who took over the bakery from his mentor in 1960. Leonard trained his son, Ken “Red”Grahame, and now it has passed to the third generation of the family, with Rick Grahame and sister Debbie Wilson remaining true to the traditions and the standards set by their predecessors.

Grahame’s Bakery is the prefect example of “local”: it is part of the community. Day after day, for more than 130 years, the bakery has produced quality goods for the people of North Grenville, and new customers are being added as the community expands. Grahame’s bakery is simply a part of our history. 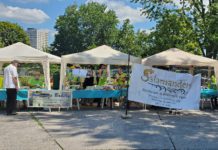 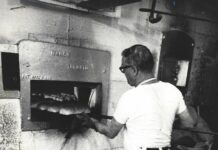 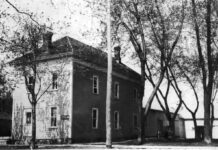