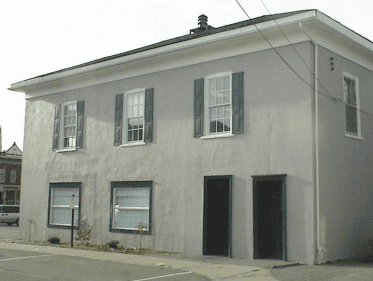 The North Grenville Municipal Council has decided to delay applying for a Rural Economic Development (RED) grant to refurbish the courthouse in downtown Kemptville.

The courthouse, which has significant historical significance for the town of Kemptville, was identified by staff as the most “shovel-ready” project in the Municipality, which is one of the criteria for obtaining a RED grant from OMAFRA. It is one of two historical buildings in North Grenville (the other being the old Township Hall in Oxford Mills) that the Municipality is looking at renovating in the next few years.

Mayor Nancy Peckford made it clear at the Committee of the Whole meeting on September 3 that she was keen on taking advantage of any funds available to renovate heritage buildings in the Municipality. “I feel that North Grenville isn’t applying, or receiving, as much money as other municipalities,” she said. “I have a strong appetite to pursue money where it exists.”

That being said, council felt they needed a clearer picture of the costs involved in renovating the building before they went ahead with the application. The RED program has two streams which cover 50 per cent of project costs up to $150,000, or 30 per cent of project costs to a maximum of $250,000. This means that the Municipality would have to be ready to front a relatively large portion of the costs, should they be approved for the grant.

Because of this, council directed staff to go to the engineering firm that originally did a cost estimate for renovations to the building back in 2013 to get up to date numbers. Staff brought that information back to council at a special Committee of the Whole meeting on September 5. According to the engineering firm, it would cost approximately $383,500 to upgrade only the major components in the building. This does not include any cosmetic features. They also included an estimate to make the building barrier-free, which was upwards of $950,000.

North Grenville CAO, Brian Carré, cautioned council at the meeting against applying for the grant, if they were unsure whether funds would be there to complete the project. He also mentioned that it might be a good idea to complete a feasibility study about the potential uses for the building once it has been rehabilitated. “The dollar estimate is not an all-in figure, and there are issues that have not been identified,” he said. “My recommendation is that we would wait until the next intake of RED so we can do more research.”

Councillor Doreen O’Sullivan agreed with CAO Carré, stating that they have to seriously consider whether they want to put the dollars into the building. She stated that, if they were to go ahead with investing in the courthouse, it would make sense to make it barrier-free, as it would increase the potential usages for the building. Councillor Kristin Strackerjan also agreed. “We can’t make a decision on barrier-free if we don’t know what it’s going to be used for,” she said. “There is a sentimental and historical component, but there is also the cost to the taxpayer.”

Councillor John Barclay said he believes consultation with the North Grenville Historical Society, which rents out part of the building for the North Grenville Archives, will be key in this discussion. “We need to consider the archives,” he said. “Until another opportunity arises, they are stuck there.”

Further discussion will be had at a future meeting, but, as it stands now, staff are looking at putting together an application for the potential January intake of the RED program. CAO Carré says staff is also aware of the new Invest in Canada program, which is a larger purse of money that could help in the rehabilitation of both the courthouse and the Township Hall in Oxford Mills. 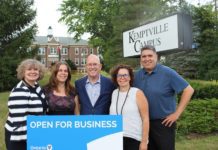