Some troubling questions have been raised concerning the financing of the new Kemptville Campus Education and Community Hub, or the old Kemptville College of years gone by. The Mayor, David Gordon, famously promised that no taxpayer money would be used in taking over the College and remaking it as the Campus, and the municipality was eager to underline the fact that “no municipal tax payer dollars will be applied to the purchase price”.

Part of that purchase price came in the form of a loan from the Infrastructure Ontario fund, in the amount of $4 million. This is to be repaid over the next thirty (30) years at an excellent interest rate of 3.65%.

To date, the not-for-profit has yet to be created. The consulting firm of BDO Canada has been hired to prepare planning and consulting services for the governance and operating structure of the new Campus corporation. A Board of Directors has to be appointed to oversee the operation of the Campus, and this is a project that is not yet completed.

The first installment on the Infrastructure Ontario loan is due in June. It is highly unlikely that there will be enough time before then to create the not-for-profit, including choosing a Board of Directors. If that is the case, will the Municipality of North Grenville have to make that first payment, and, if so, it is assumed that the funds will have to come from the Reserve Fund which has been set up from the money raised through the sale of 7 acres of the Campus, plus two buildings, to the Conseil des écoles publiques de l’Est de l’Ontario. This fund contains $3.7 million, assuming it has been received from the Conseil by now.

As this Reserve Fund is also designed to be “spent exclusively on infrastructure renewal and the development and continued sustainability” of the Hub, there will be many calls on it for use on campus operations in the coming months. It seems the sooner the not-for-profit and its Board of Directors is up and running and enlisting new partners for the Campus, the less fear there will be that taxpayers may end up paying for the College after all. 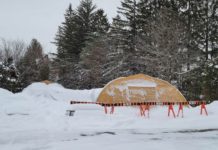 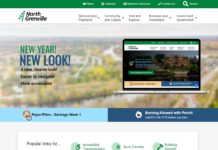 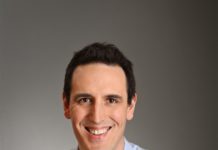