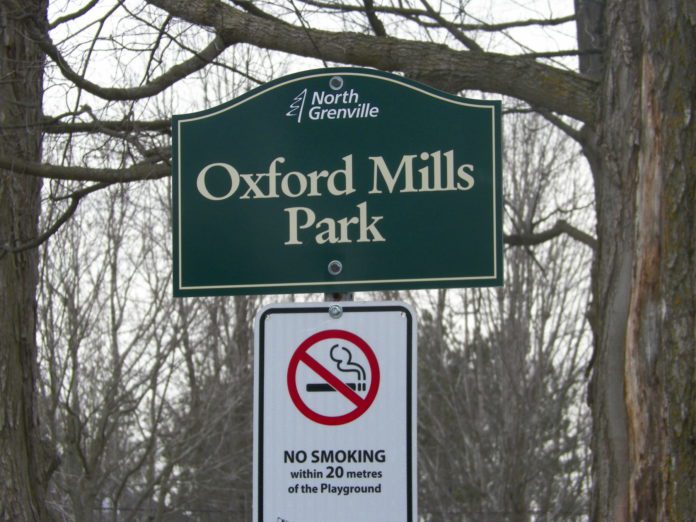 Residents of Oxford Mills are a little confused these days. It seems they have a new park in the village, which is exactly the same size and shape as Maplewood Park. It even has the same kind of gazebo that the Municipality were so kind as to allow the community to build and pay for.

But the sign says “Oxford Mills Park”, a place no-one around has ever heard of before. Where did that come from? Away back, when Oxford Mills was the main centre of Oxford-on-Rideau Township, the park beside the Town Hall was called “Township Park”. For the past decades, it has been known as Maplewood Park, as it is situated on Maplewood Avenue, and gives its name to Maplewood Hall, the old school house.

Has someone on the municipal staff decided, arbitrarily and without consulting the residents of Oxford Mills, to change the name of this valued venue? Someone, no doubt, who doesn’t live in the hamlet, or maybe not even in the municipality? Would it not have been better to see what residents thought of the idea before putting up the sign?

Should the municipal authorities claim that Oxford Mills Park has always been its name, may I point out that even their own notices for Canada Day festivities refer to the place as Maplewood Park: check it out. Their own list of Municipal Parks & Sports Fields contains a listing for Maplewood Park in Oxford Mills. Can we please have our park back?