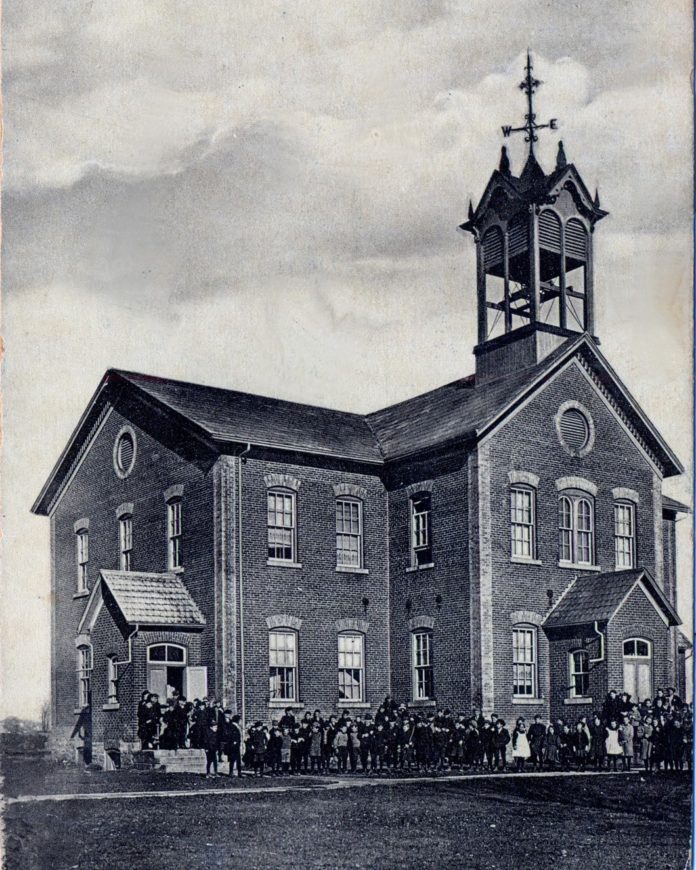 The B&H Grocery store in Kemptville stands today on what was once the site of this really lovely school. The Kemptville Public School served the children of Kemptville for sixty years, before being destroyed in a suspicious fire in March, 1936. Before it was built, there were two School Boards in the Village of Kemptville: one for the Grammar School which was in the building still standing at 205 Clothier Street west; and a Board for the two Common Schools, also still standing. One was at 402 Oxford Street, on the north side of the village, and the other was at 12 Elizabeth Street on the south side. But, in 1873, the Boards merged and a new combination Public and High School was built on the site between Rideau and West (now Sanders) Street. The two-storey brick building had four classrooms, and employed three teachers for the Public School, and one for the High School. Supply teachers were paid the generous sum of $1.50 per day in the Public School.

The school was very successful and drew students from around the area, so that, by the mid-1880’s, this building was too small to cope with the enrollment. In 1888, a new High School was built on Prescott Street, and the older building was used exclusively for Public School classes from that year on. By the time of the First World War, the levy on local taxpayers for the school was $3,000, as it was local residents who made up the Board. Non-residents of Kemptville were charged 40¢ per month to attend the school, but this was raised to $1 a month after 1914.

The members of the Public School Board represent some of the families with the longest history in Kemptville. Names like Sanders, Kilfoyle, Ferguson and Eager were noted, and many of the leading business people in the village put time and energy into their roles supervising the school and its activities.

In March, 1936, the school burned down. This was just three months after an equally suspicious fire had destroyed the High School on Prescott Street, and there seemed little doubt in the minds of residents at the time that both fires were the result of arson, possibly by students. The Kemptville Fire Department turned out to try and save the building, but without success. It was estimated that the loss of the building cost around $35,000, but insurance on it and its contents was just $20,000, a serious loss to the Board. But, by the end of the year, a new school had been erected on the site of the old High School, repeating the original function of the Public School in catering to both Public and High School classes.

The old Public School was replaced by a garage, and, in 1963, by the new B&H Foodliner Store. As a side note: the area that is now the parking lot for the B&H, as well as that covered by the old Giant Tiger building, was once occupied by a few homes and stores, also long gone. 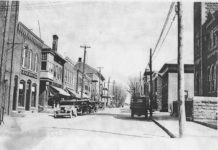