I live next to a swamp. After 20 years of having this swamp as my neighbour, it’s kind of grown on me. I enjoy the spring flush of marsh marigolds, the annual reawakening of spring peepers, and I still smile when I see a colourful wood duck perched in a tree.

My swamp has two sources that keep it wet: water that seeps from the ground, and runoff from snowmelt and heavy summer rains. All wetlands are wetlands because they are permanently or seasonally wet.

There was a time not so long ago when almost nobody liked swamps, or any other type of wetland. Wetlands have a long history of being seen as wastelands. Places to be filled or drained.

Canada’s northern hinterlands hold almost one-quarter of the world’s remaining wetlands. These wetlands are important for Canada, and for the world. They provide breeding habitat for millions of waterfowl, store a global mother lode of carbon, and represent one of a few dwindling places on our planet where wetlands are still wilderness.

But wetlands in southern Canada, where most Canadians live, reflect the state and fate of wetlands around the world. It’s estimated that by 1990, almost 50 million acres (20 million hectares) of Canada’s wetlands had been lost. Wetlands associated with urban areas are particularly threatened, with 80 to 98 per cent converted to other uses.

Canada has done a good job conserving some wetlands, designating 37 sites as Wetlands of International Importance. Many are protected in national parks, and we are continuing to add to our portfolio of protected wetlands and build new wetland conservation partnerships. Groups like the Nature Conservancy of Canada and Ducks Unlimited Canada are preserving wetlands with the help of Canadians and the Government of Canada’s Natural Areas Conservation Program.

But despite our collective efforts, we are still losing wetlands. Even protected wetlands are increasingly threatened. Invasive species such as European common reed and glossy buckthorn are degrading many of the wetlands we have left. Black ash, a still common tree found in many swamps, was recently assessed as a threatened species in Canada because of the predicted impact of the invasive emerald ash borer beetle.

To conserve wetlands we need to think bigger than wetlands. Many species that live in wetlands also depend on the surrounding uplands. Spring peepers move into forests after they are done spring peeping. The water that comes and goes from wetlands impacts the broader watershed, and that watershed impacts the wetlands.

Wetlands in and around cities and farms might be some the hardest working ecosystems on the planet. For centuries they have cleaned our water, prevented floods and provided habitat for wildlife.

There’s much more we can do to protect wetlands. Canada’s national wetland inventory needs to be completed. Key wetland areas need to be identified, protected and restored. We need management plans that prevent invasive species and plan for the health of our watersheds. Perhaps most importantly, we need a new appreciation of what wetlands provide to us now, and what wetlands can provide to Canadians in the future.

I don’t want my children to grow up in a diminished natural world. In a world without wetlands, winter’s end is not marked by spring peepers, and the jobs and costs of flood control and water purification are downloaded from nature to people.

There will never be a better time to protect Canada’s wetlands than there is today. As our human population grows, while wildlife populations decline, and as we bear witness to rapid planetary changes that will impact future generations forever, Canada and the world needs our wetlands more than ever.

To learn more about wetland ecology and how you can help conserve Canada’s disappearing wetland environments please visit www.natureconservancy.ca.

Letter to the editor – Wetlands 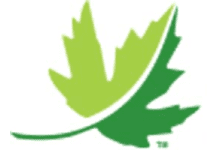 Three ways to get closer to nature

Letter to the editor – project on hwy 44