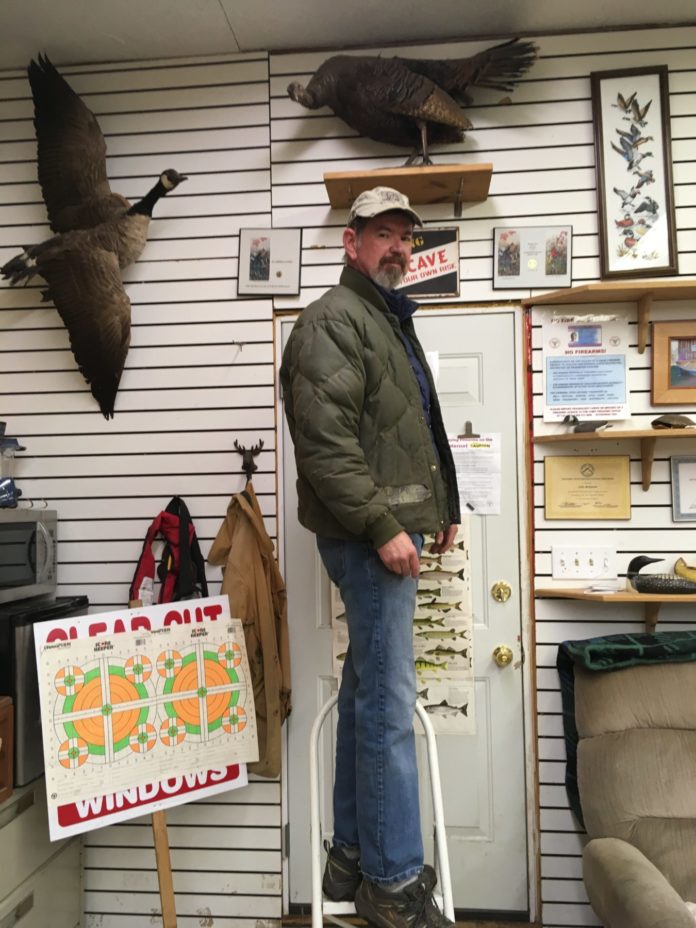 If you have lived in rural Eastern Ontario for a while, you would be hard pressed not to have seen a wild turkey gobbling about. After growing up in the city, I still get excited when I see one of these large birds toddling along in the ditch at the side of the road. My husband and I even had a particularly traumatic encounter with a wild turkey when it flew into the windshield of our truck along South Gower Road last fall.

Needless to say, they are hardly a scarcity in the area. However, less than 30 years ago, they were. John MacKenzie, who lives on a large property just off River Road in North Grenville, is one of the people credited with bringing wild turkeys back to Eastern Ontario, after a long absence from the area.

According to Canadian Geographic, wild turkeys were abundant in Ontario at the beginning of the 20th century. However, by 1909 they had vanished, most likely because of loss of habitat and unregulated hunting. During the early 1900s, much of the deciduous forest that the turkeys called home was being cut to make room for farmland. This also caused the loss of brood cover, a wooded area providing both overhead protection and easy ground movement for young turkeys, which is essential for breeding.

In 1984, various groups, including the Ontario Federation of Anglers and Hunters, expressed interest in bringing the birds back to the province. With the support of the provincial government, they began releasing wild turkeys from Michigan, New York, New Jersey, Vermont, Iowa, Missouri, and Tennessee back into Ontario. John says the program cost $120,000 a year to run, $20,000 of which came from the Ontario Government, with the rest paid for by private groups. The idea was that, if they were successful, they would introduce a wild turkey hunt. This was a great deal for the government, as they would be able to reap the financial benefit of a hunt through certifications, licenses, and taxes on ammunition and guns.

John, a wildlife specialist with the Ministry of Natural Resources [MNR], was part of the turkey repopulation program in Eastern Ontario, which started in 1992. MNR participated in the catch and release program because they found that, if they bred turkeys in captivity and then released them into the wild, they didn’t know how to survive. “If we captured a turkey from a good habitat and put them into another good habitat, they knew what to do,” John says. “It was very successful.”

According to John, they released less than 500 birds in the area throughout the mid to late 1990s, which has now translated to a population of 20,000 – 30,000 (100,000 in Ontario as a whole). Because of the success of the program, there is now not one, but two wild turkey hunting seasons in Ontario. One in the Fall, and another that starts on April 25 through to the end of May every year. During the Spring, hunters are only allowed to hunt males, to ensure the population lives on.

John is an avid hunter, but also an environmental advocate. This may seem like a strange combination, but, according to him, we need to worry less about the animals, and more about their habitat. “We all care about animals, but not where they live,” John says, referring to all the development that has cropped up in the area, eliminating the home of wild turkeys and many other animals. “There are 100 species at risk in Ontario and 98% of this is caused by loss of habitat”.

John enjoys hunting wild turkeys in the Spring, but says they present quite a challenge, because of their keen eyesight. “They can detect even the slightest movement,” he says. For John, hunting is cutting out the middle man when it comes to his food. “If you aren’t going to eat it, don’t kill it,” he says. He is adamant that animal activists need to stop becoming vegetarians and focus more on the habitats that are being wiped out through commercialization and development. “Don’t worry about the animals, worry about where they live,” he says.

Although the turkey population is booming in Ontario, it is important to remember that it hasn’t always been that way. If it weren’t for the wild turkey repopulation program, they would still be non-existent in the province. Next time you see a wild turkey, let it be a reminder that we do have an impact on animal populations through what we do to the land. With further deforestation we may lose even more species and have to reintroduce them, like the turkeys, in the future. 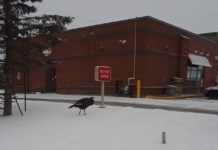 An interview with Van Turken