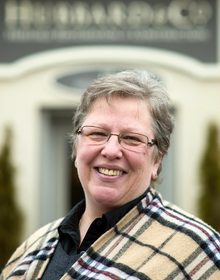 The region was shocked last week with the news of the sudden death of Brenda Ball at the Civic Hospital in Ottawa on July 11. Brenda had played an important role in her community and the wider township over many years, and was best known as the proprietor of Hubbard and Company Heritage Restoration in Spencerville. The company, founded by her late husband, Brad Hubbard, had a well-earned reputation for excellence and dedication to heritage restoration around the province.

Brenda had also served as a councillor for Edwardsburgh-Cardinal, and had 30 years experience in business management, finance and human resources for a wide variety of clients, including major banks, provincial and federal governments, large corporations, and hospitals. After she retired, Brenda threw herself into community activities, which included:

It is clear from that incredible list, that Brenda will be sorely missed by so many in the municipality, county and wider community. Condolences to her family and friends, and to all those who knew and admired Brenda over many years. To continue Brenda’s dedication to her community, as well as preserving Brad’s memory, expressions of sympathy donations made to the Bradford M. Hubbard Memorial Fund (please, make cheques payable to the Brockville Community Foundation) will be gratefully acknowledged. Send condolences, place a donation, light a memory candle or share a special thought of Brenda online at www.irvinememorial.com.

Letter to the Editor – Spencerville 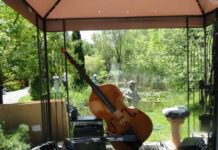