A small crowd lined Prescott Street at 3:00pm on Friday in peaceful protest of systemic racism and to honour the life of George Floyd, who died at the hands of a police officer in Minneapolis.

Participants stood in silence for 8 minutes and 46 seconds, the amount of time that police officer Derek Chauvin knelt on Floyd’s neck, leading to his death. The protest in Kemptville coincided with the march planned in Ottawa that drew thousands of people into the city on Friday afternoon.

Mikyla Lenard and her children, Quinn (10) and Gibson (6), came to downtown Kemptville from their home in South Mountain to participate in the protest. Mikyla says they were planning on going to Ottawa; however, when they found out about the one being organized in Kemptville they decided to stick closer to home. “We feel that everyone is equal and should have equal rights,” Mikyla said. “No one should have the fear of punishment because of the colour of their skin.”

Recent North Grenville District High School graduate Charlotte Lundy said she was also happy to have something to attend in her hometown. “I wanted to be able to do something, because I haven’t been able to go to any of the other protests,” she says. “I want to show that I care.”

Mayor Nancy Peckford said she was encouraged to see the North Grenville community step up so quickly and organize a protest to show their support for the cause.

“The tragic events in the U.S. and Canada are a call to action for leaders at all levels of government,” she said. “Racism is a reality in every community, and it is important to acknowledge that.”

Councillor Doreen O’Sullivan said she appreciated the peaceful nature of the protest in Kemptville. She feels that staying silent for the entire time Floyd was on the ground sends a meaningful message. “It shows the type of community that we are.” 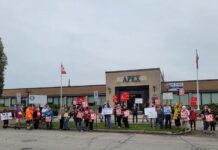 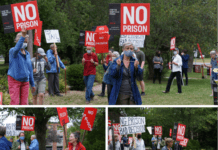 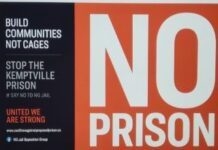