Académie Catholique Notre Dame is celebrating their first ever graduating class at the end of this school year. Principal Angela Certosini says this is a milestone for the small French school which opened on the Kemptville Campus in September, 2016. “It is a big accomplishment for us,” she says.

Students Sebastien Bergeron, Henry Bailey, and Sabrina Hardy will all be receiving their high school diploma at the end of June. Angela says they are very proud of these three students, who will not only be the school’s first graduates, but have also been accepted into post secondary institutions for next year. Sebastien and Sabrina will be attending La Cité in Ottawa, while Henry will be headed to Acadia University in Nova Scotia.

All three students showed an immense amount of perseverance and dedication this year, especially when they were forced to complete their credits from home due to the COVID-19 pandemic. Sebastien and Henry have also completed the High Skilled Major program in environment, which included certifications, workshops, and a co-op term. “What they’ve gone through has prepared them for what they are going to experience next year,” Angela says. “They are a small but powerful group.”

While the school board has postponed all graduation ceremonies until the fall, Académie Catholique Notre Dame will be holding a virtual bursary ceremony, where Sebastien and Henry will be receiving a small sum of money for completing the High Skilled Major program. The ceremony will be live streamed on the school’s Facebook page on Thursday, June 18 at 11:00am.

Letter to the Honorable Steve Clark 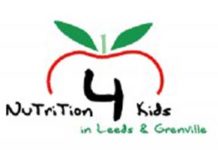