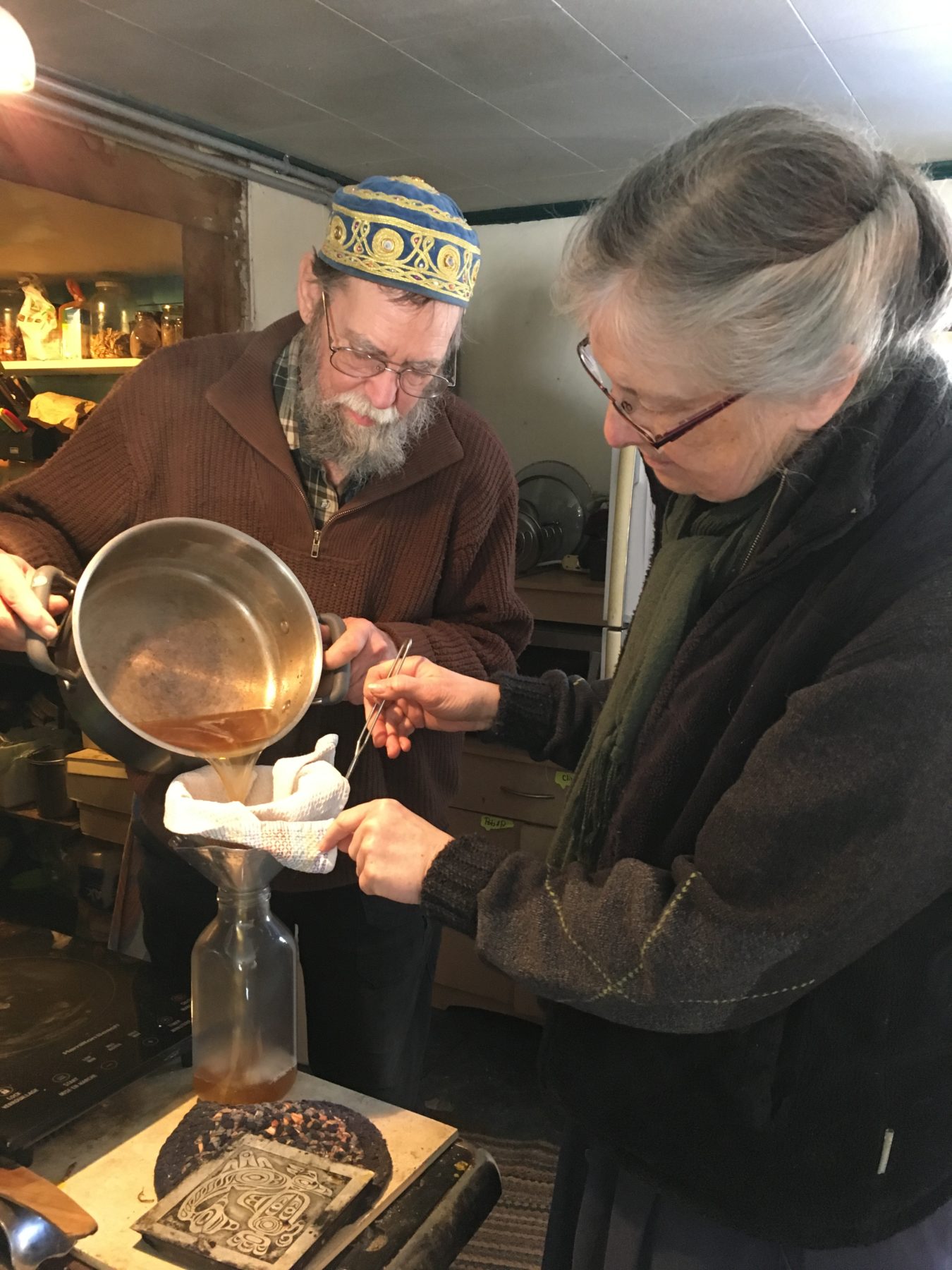 The sun is shining, birds are chirping, and the snow is melting. Finally, the signs of Spring are in the air. For some, this brings about thoughts of Summer, green grass, and beers on the back deck. But, for many in North Grenville, the Spring denotes something even sweeter.

Sugaring has been part of the Canadian Spring for centuries. According to the Canadian Encyclopedia, the process of taping sugar maples and using its sap was part of the lives of indigenous people long before Europeans came to Canada. Iroquois tradition tells of the piercing of the bark of a maple tree and using its “sweet water” to cook venison. The Anishinaabe people used maple curing as a food preservation method, which allowed them to keep food stores for the Winter months.

It was French settlers who first learned how to tap trees and boil the sap down to create syrup or sugar slabs. The first settler accounts of maple sugaring were by Andre Thevet in 1505, who wrote about Jacques Cartier’s travels, and lawyer and author, Marc Lescarbot, who described the “distillation” of sap by the Mi’kmaq in 1606. It wasn’t until the late 1700s and early 1800s that maple sugar production began among settlers. However, since then, it has only grown in popularity and has become a yearly tradition and a huge export for Canada. According to the Canadian Encyclopedia, Canada exported 45 million kilograms of maple products in 2016, with a value of $381 million.

These days, there are many high volume, technologically advanced, maple syrup businesses that contribute to this multimillion-dollar Canadian industry. That being said, there are also many back-yard operations, and people who do it for ritual and the satisfaction of creating maple syrup that they can use all year round.

Matt Panciuk has a mid-sized property just outside Kemptville which has quite a few mature hard maple trees; perfect for sugaring. As a trained forestry technician, he knows quite a bit about identifying trees and the process they go through to create the sweet sap that allows the creation of maple syrup.

In the summertime, the leaves take in nutrients through photosynthesis, he explains. The by-product of this is sugar and oxygen. The oxygen goes back into the atmosphere and the sugar is stored in the tree. In the Spring, the cold nights and warmer days cause pressure in the tree and this forces the sap, which is holding the sugar, through any openings in the tree’s bark, making it an ideal time to collect it. “It needs to be warm enough for the sap to flow, but not warm enough for the trees to start producing leaves,” Matt says. “It gets more of a bitter taste in the Summer, because the trees are using it.”

Matt has been taping trees and making syrup for about five years. He enjoys the process of collecting the sap and boiling it down, as well as the sampling he gets to do along the way. “It’s kind of a fly-by-night operation,” he says about his sugaring process. He does most of it outside on a propane turkey fryer, and goes by consistency and taste to see whether it is finished. “Every year it gets a little easier,” he says. “Everyone has different techniques; but, as long as it tastes like maple syrup, it’s all good.”

Fred Schueler and Aleta Karstad feel the same way. They have been sugaring almost every Spring for the past 20 years, and their technique is similar to Matt’s in their personal touch. “I welcome sugaring, because it gives me a reason to have a fire indoors,” Aleta says, carefully watching the pot of boiling sap on the wood stove.

As naturalists and biologists, Fred and Aleta give credit to the red squirrel for being the first to tap into the resource of sap in the Spring. Red squirrels bite the trees to get at the sap, which runs down the tree and is boiled by the sun. The squirrels then return to feast on the sticky, sweet syrup as it drips on the tree. “The trees are giving more sap to the squirrels then to us,” Fred says.

Like Matt, Fred and Aleta don’t sell their syrup. They make it in the Spring so they can have a healthy, natural, and sustainable source of sugar all year round, as they are very concerned about the environmental and social impacts of white sugar. “Huge habitats have been wiped out in the places where they grow sugar cane,” Fred says. “Slavery has also been part of the sugar industry historically, and wars have been fought over it.”

Aleta says she likes to use syrup in anything that needs sweetening, like yogurt, oatmeal, and baking. As a diabetic, Fred uses it as a pick-me-up when his sugar gets too low. As true nature lovers, their process of making maple syrup is a labour of love.