The results of last week’s federal election threw up no surprises for the voters in Leeds-Grenville-Thousand Islands and Rideau Lakes. The Conservatives have held this seat for decades, aside from a short period when the conservative vote was split between the Reform and Conservative parties.

Conservative Party support in the riding over the last three elections has remained relatively stable. Gord Brown’s last victory gave him 47.38% of the vote, which amounted to 26,738 votes. In the by-election to fill the vacancy after his death, Michael Barrett received just 16,852 votes, which equated to 57.8% of the votes cast. However, the turn-out was much lower than in the general election.

The Peoples Party of Canada received just 978 votes in their first, possibly only, time to run a candidate in the riding. Evan Hindle had failed to appear at any of the all-candidates meetings and his vote reflected his low profile.

Nationally, there was sense that the Conservatives were still suffering from the Stephen Harper effect: voters simply did not want to give the Tories power again. Trudeau’s Liberals, although they retained control of the government, were denied a majority, possibly a slap on the wrist to Justin Trudeau for his behaviour in office. It also seemed clear that many of those who voted for his sunny ways in 2015 had fallen out of love with him after he reneged on his promise of electoral reform, his treatment of two female cabinet ministers in the SNC-Lavalin affairs, and the blackface debacle. The election of Jody Wilson‑Raybould as an Independent in B.C. must have added salt to the Liberal wound.

Although the Conservatives remain fairly solid in rural Canada and the West, they don’t seem to be growing their support in urban areas, which are the fastest-growing sectors of the country. The Greens will be happy to have elected three M.P.s this time, and they are slowly building support around the country. The NDP were a little disappointed that the personal popularity of their leader, Jagmeet Singh, did not translate into more seats, and they were badly affected by the rebirth of the Bloc Quebecois in Quebec. The party tripled their seat count and have promised more activity in promoting another sovereignty referendum.

A minority government may seem to indicate another election in the near future, but appearances may be deceptive. Neither the Greens nor the NDP will want another expensive campaign, both parties being seriously short of funds after this one. The Liberals can govern comfortably with NDP support, and that should prove fascinating for Canadians as they watch Trudeau and Jagmeet Singh work out a modus operandi between them. 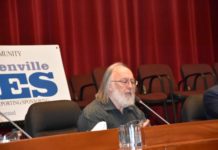