The Times has recently brought you a number of articles on the controversy surrounding the plan to open a waste site “mega-dump” in the Spencerville area. Now the situation has risen to a new level of intensity, as the lobby group campaigning to stop the project by the United Counties of Leeds & Grenville [UCLG], Citizens Against the ED-19 Dump [CAD], has released a statement claiming that the UCLG have proposed a sale of the site to a company for use as a dump for imported waste. The release by CAD includes a series of e-mails from the Counties’ CAO, Andy Brown, which they say proves their claim. Residents of North Grenville will remember that Andy Brown used to be CAO of this municipality.

Kyle Johnston, the spokesperson for CAD, commented that “Leeds and Grenville Council has been flat out dishonest with us and with the residents of the Counties. We have caught them in their lies”. He added that he expected that the secret emails would give the Canadian Environmental Law Association a strong position to request that Environment Minister, Glenn Murray, revoke the 20 year old approval for the unopened dump site.

The CAD release states that “Warden Jones and CAO Andy Brown have repeatedly stated this year, once news on this potential sale became public, that no deal is (or was) on the table. This has been publicly reasserted on multiple occasions by various Mayors on Counties Council.

The attached emails confirm what the Citizens Against the ED-19 Dump have been contending since the proposed sale of the site to the Tomlinson group first surfaced.”
E-mails dating from July and October of last year show that the UCLG had negotiated a Memorandum of Understanding with the company, Tomlinson, before entering into formal talks with them at the end of 2016. Further communications note that talks with Tomlinson were continuing, although CAD were assured by the CAO that “no deal is on the table.” It should be noted that these are not mutually contradictory statements: negotiations usually continue without there being a deal on the table.

There seems little doubt, based on the e-mails, that CAO Brown has sought the Ministry of the Environment and Climate Change’s [MOECC’s] advice about how to expand the unopened dump and how to allow imported waste into the dump. They also infer that MPP Steve Clark’s inquiries on this issue to MOECC staff, on behalf of his constituents, was not helping the Counties negotiating position with Tomlinson.

For all the heat generated by the discovery of the CAO’s e-mails, it is not completely clear that they contradict any comments made in the past by either him or the Warden. Another question that may be asked is how CAD came into possession of the e-mails in the first place? Whatever about heat, there is still a lot of light that needs to be shone on this story.

Time for Minister to take a stand on Ed-19 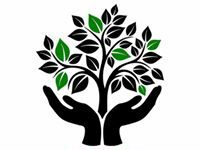