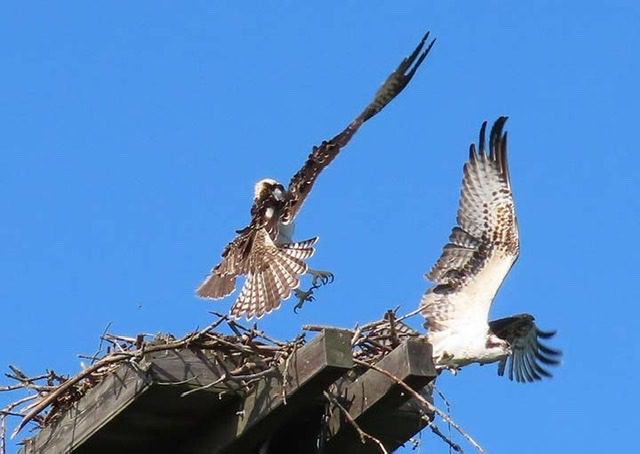 This week, with the daily temperatures soaring into the thirties, bird activity in the garden has tended to slow down a little; but some of the birds are re-appearing, having completed their nesting for the time being. Of particular note in this respect are the Hummingbirds, which are now frequenting our feeder for regular thirst quenching and cooling(?) drinks. Their youngsters also seem to be catching on, as they flit, at their usual high speed, hither and thither, with the very occasional break when they alight on a small branch concealed by the foliage, their presence only traceable when they move momentarily. Surprisingly, in that respect, my aged eyeballs are a lot better spotting the location than my telephoto lens is, giving me a more accurate direction in which to point it, even then they are very illusive!

Other young visitors have been the cheeky, unkempt looking, Blue Jays, who are drawn, in particular, to the bird bath from which they drink and then, after a bit of thought, take a dip in! What the heck aye!?

On another very hot day, I visited the park in my open cockpit MG sports-car, where I have, previously, watched the young Ospreys. My car provides a more comfortable bird spotting hide than the ground or a wooden bench does. As I approached and drew to a standstill, I had to hurriedly grab my camera and shoot, as the two overhead nest occupants decided to leave together. What luck – I managed to capture a picture of both of them in the air! Of course, appetite now whetted, there now came the playing of the “waiting game”, to try and get more such pictures of them. Only one of them returned at a time, so no double bird pictures were taken within the next couple of hours of using my bird hide in the blazing sun, but some single in-flight pictures were secured! What a great morning I had, and the country drive and the subsequent ice-cream cone added the finishing touch to make it all worthwhile. I hope you are all getting the same enjoyment from the birds that you see, in your neck of the woods.

Enjoy and stay safe and well, 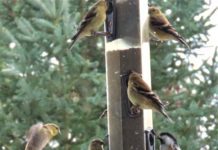 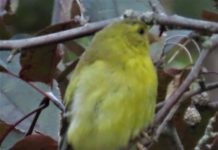 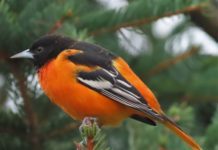