On February 22, 1791, Samuel Holland, the Surveyor General of the Colony of Quebec, instructed Deputy Surveyor, Jesse Pennoyer to:

“proceed to Montreal without loss of time and on your arrival to engage ten chain bearers and Axemen, on the most treasonable terms they can be had, not exceeding one shilling and sixpence per day, each man, exclusive of Provisions and immediately proceed with all diligence by Lake St. Francis, to the River Rideau in the District of Lunenburg, and there survey and mark out the Lines of a Township ten Miles square, agreeable to the plans of an Inland Township, proscribed by the Gen’l Rules and Regulations, which is to be named OXFORD, and to be situated between the South and West branches of the River Rideau”.

There was already a line of townships along the St. Lawrence River, between the Ottawa and the Bay of Quinté, but more land was needed to satisfy the demands of the Loyalist refugees which had settled in the west of the colony. Pennoyer travelled to the Forks, where the South Branch meets the main Rideau River, and began his survey from there. Between March 30 and July 14, and then between September 23 and October 2, he laid out the outlines of the new Township of Oxford-on-Rideau, even while the new Province of Upper Canada was being established west of the Ottawa River.

The new township was to be granted to settlers, and it was important to them that riverfront lots be acquired, since the rivers were the only means of travel in the so-called “waste lands of the Crown”. The lots fronting on the main Rideau, the West Branch, as it was known, were to go to the officer class, along with those along the South Branch; but Pennoyer made a simple, but important mistake in his survey work.

During the course of the summer, Pennoyer had badly damaged his leg, and was laid up in his tent for a number of days. He spent the time drawing his plan of the township, and, perhaps because he was not working on site, he miscalculated the angle at which the South Branch met the West Branch. His survey of the South Branch itself was correct, but because of using the wrong angle at the Forks, it did not run correctly on his plan. For example, in the maps based on his survey, the South Branch does not run through the lot where Oxford Mills stands today (lot 17, concession 5). Instead it runs north and west of there, meaning that whoever thought they were in possession of river front property would have had quite a shock when arriving on their land to find the river about a mile away. 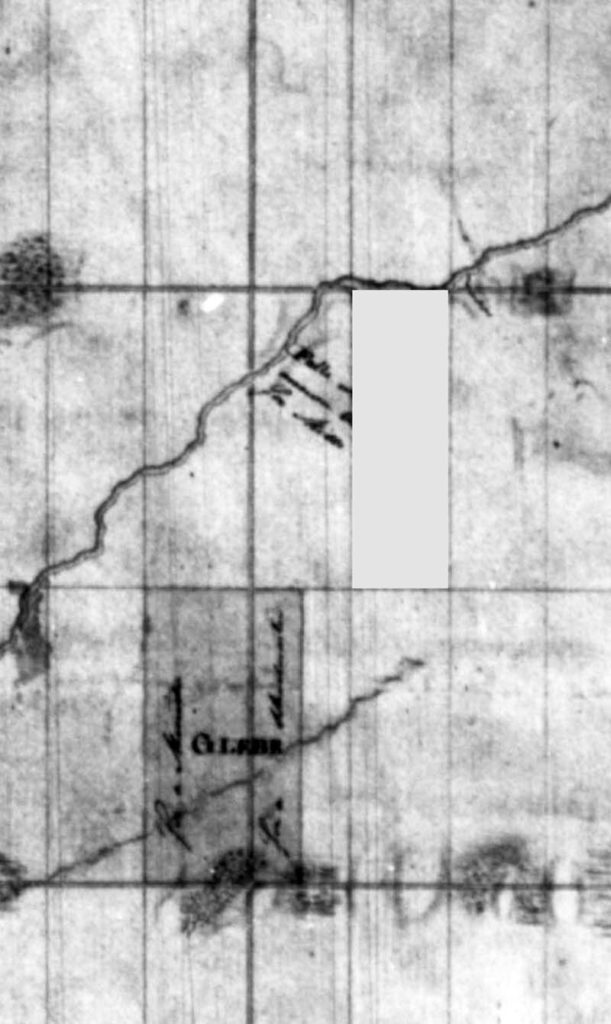 Pennoyer had his mistake pointed out by Holland in November, 1791, and the dejected surveyor announced himself to be “both surprised and ashamed and hardly know what reply to make that can in any measure do away the mistake or Errors You speak of”. Still, he knew the overall survey was accurate, it was only the course of the South Branch he had got wrong, because of the angle he assigned to it at the Forks. He assured Holland that “I allways [sic] cast up the contents of every Angle and if such glaring mistakes had been in the original I could not have helped discovering them”.

He was, he said, prepared to examine every mile of the river to prepare a correct plan, but that never seems to have happened. It was only years later that another survey of Oxford corrected the mistake in Pennoyer’s plan. But the course of the South Branch was only one mistake made by him, although, given the challenges faced by those early surveyors, it was understandable that there would be minor errors, as well as his “glaring” one. Lot lines in Oxford-on-Rideau ran parallel, from the main Rideau to the back line of the township.

They should be one continuous line, but that is not the case in Oxford. A glance at the modern map, or even a drive down some of the roads, will show that some lot lines don’t connect and the roads which should run along them have small changes of direction. For example, Johnston Road and Muldoon Road do not join exactly as they cross the road to Oxford Mills. You have to make a turn from Johnston on to that road and then another on to Muldoon. There are other examples around the township.

But the course of a road can be changed, and many in the municipality have been straightened out at junctions, or even opened on new courses altogether. But you can’t do that as easily with a river, and the course of the South Branch was a major mistake on Pennoyer’s map. One note Pennoyer made that will strike a chord with modern residents was: “…The large branch of the River Rideau which runs diagonally thro’ the Township is called the South Branch and is Navigable for Canoes or Small Boats in the Spring and fall, but in the Summer there is but very little water running in it.” That certainly hasn’t changed. 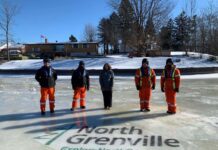 Skating returns to the South Branch 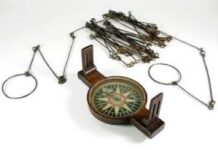 Letter to the Editor – South Branch