Each year, the Royal Canadian Legion Branch 212 in Kemptville holds a Public Speaking competition open to all the students attending school in North Grenville. This year, of the schools that were invited, the participants that took part came from Holy Cross School, St. Michael’s Catholic High School, and South Branch Elementary School. Legion Youth Chair, Ruth Garrett, goes out every year and delivers packages to all of the schools with the rules on the competition.
Students were divided up into class groups, Grades 1-3, 4-6, 7-9 and 10-12.
Teachers encourage their students, by holding in school judging, and, from there, the winners are narrowed down to a select few who then attended this week’s judging at the Legion. Judges were Barb Tobin, Doug Brunton, Cecile Prodonick, all former teachers, and Marguerite Boyer co-owner of the North Grenville Times. The Legion event is not the end of the process. The winners at this level proceed to the zone competitions, which will be held in Prescott this year.
In addition to the regular audience and judges this year, two members from the North Grenville Toastmasters were in attendance: Bill Kilfoyle and John Groskopf. Following the speeches, Bill spoke to the participants and congratulated them on their performances, high praise from an experienced public speaker.
The NG Times representative on the panel of judges, Marguerite Boyer, was also impressed by the quality of the presentations, as well as by the courage it took to stand up in front of such an audience and speak about their chosen topic. “I was very impressed with all the speakers and this was a very difficult judging, due to such excellence”, said Marguerite. “The speech given by one of the students particularly touched me. It was on the subject of the fear of failure, and how fear can hold us back. But by reaching for the stars, even if you fall, you are still a better person for having made the attempt”.
This year’s top winners were Lexy Budgell (Grades 4-6), from Holy Cross, and first place went to Lauren Juneau (Grades 7-9) from St. Mikes. These two will move on to the next zone level which will be held in Prescott on March 11.
This annual event is a great way to introduce young people to public speaking, giving them an opportunity to address an audience on topics that interest them. Just getting to the Legion stage of the event was an achievement for those concerned, and best wishes go out to Lexy and Lauren when they take to the platform in Prescott later this year. But, as Marguerite says: “To my mind, all the students who participated were winners”. 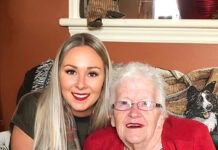 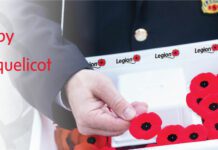 Legion adapts to covid this year