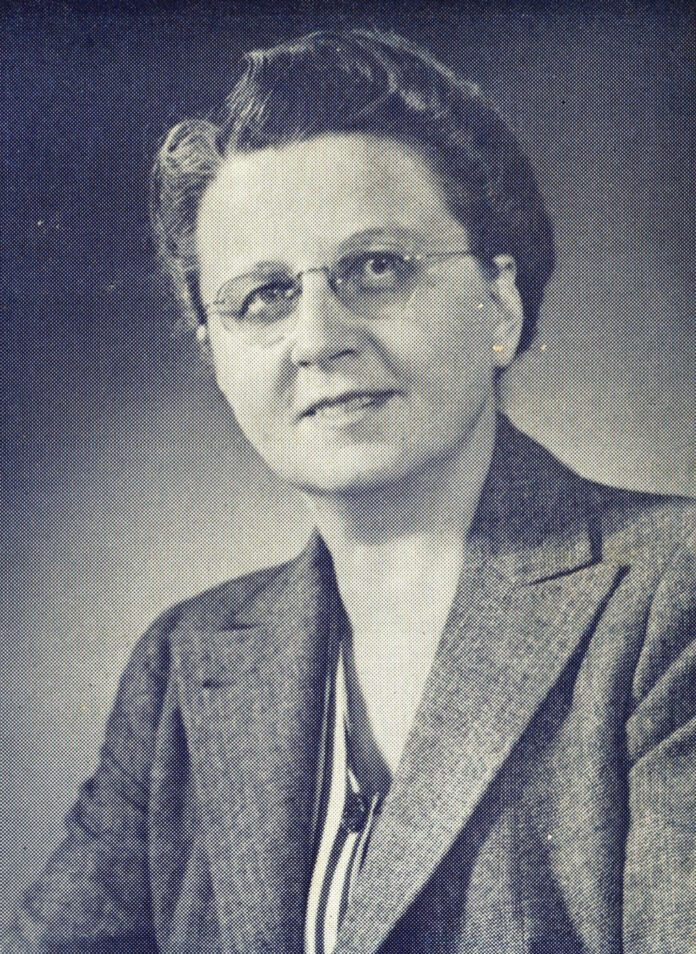 In 1908 eleven year old Dorothy, with her parents Rupert and Minnie, siblings Miriam, John, Helen and Oscar moved to Kemptville and into the large brick house on Oxford Street West at Harriet Street.  This remained the family home until 1927.

Dorothy attended Kemptville Public School at 4 Oxford Street, then Kemptville High School at 304 Prescott Street.  After graduation she moved to Ottawa to work in the Militia and Defence Department.  In 1924 Dorothy married school teacher, James Travis Smith and moved to Alexandria, Ontario.

Now, to answer the question, who was Dorothy Dumbrille?  She was the daughter of Reverend Rupert Dumbrille, the Rector of St. James Anglican Church in Kemptville and their home was the Anglican Rectory.  By the early 1940’s she was the Canadian novelist and poet Dorothy Dumbrille, described in Canadian Novelists, 1920-1945 as “a writer of versatility and promise”.  Popular for her radio plays, on wartime topics, her poetry published in The New York Times, The Ottawa Citizen and The Montreal Star.  Dorothy had become a local celebrity.  Jane (Wilson) von Boetticker, daughter of Kemptville pharmacist, Mervin Wilson, recalls that during the 1940’s and 1950’s her father would display the latest Dorothy Dumbrille books in a glass case in his Rexall Drug Store at Prescott and Asa Street (now MM Books).  Dorothy was often present to sign copies of her latest publication.

In 1990, The Feminist Companion to Literature in English, described Dorothy Dumbrille’s novels as “lively social history”.  It is perhaps Dorothy’s 1980 tribute to her father, “Memories Of My Father – Reminiscences of the Life of the Reverend Rupert John Dumbrille”, that will resonate most deeply with the people of North Grenville.  In 1980 Dorothy was nearing the end of her life as she shared her childhood memories from the years at Oxford West, St. James and Leslie Hall in a warm and gracious way that offers a glimpse into Kemptville and its people one hundred years ago.

The Archives of the North Grenville Historical Society would be pleased to accept donations of copies of the now rare Dorothy Dumbrille books, as well as photographs, articles and letters relating to Dorothy and her family  for a “Dorothy Dumbrille Collection” at the North Grenville Historical Society Archives.  Please contact NGHS Archives at 613-258-4401 and leave a message.