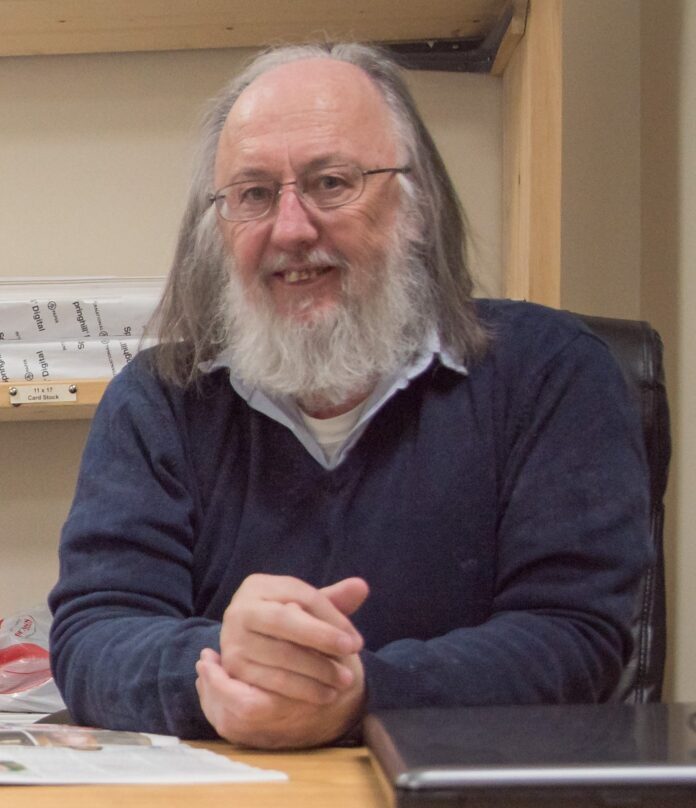 Céad míle fáilte. Welcome to our special St. Patrick’s Day edition of the Times. In these days of restricted travel and forced isolation, we thought it would be a nice idea to bring Ireland to you, some photographs, jokes, stories, and other Irish stuff. It is also a proper and appropriate way to mark my last issue of the Times as Editor. Yes, after eight years of weekly, and, before that, eight years of monthly newspapers, I am stepping aside. (I hear distant cheers and muffled cries. They must be about something else!).

The new Editor of the Times is Lorraine Rekmans, whom many of you will know or come across over the years. Lorraine has a very impressive background in journalism and activism in many areas. She will make a wonderful addition to the Times and brings a wealth of new ideas, a new perspective, after so many years of…well, me.

When Maggie and I started the monthly North Grenville Community Newsletter away back in 2004, we weren’t sure exactly what we were doing. In fact, to this very day, there are people who still think we don’t know what we’re doing, and fair play to them. I’m not sure they’re entirely wrong. But we, and especially Maggie, saw a need for a local source of news about what was happening in North Grenville, so off we went. We were very much encouraged by Peter Nicol, a good friend and a veteran of local journalism. It is sad that he didn’t live to see the results of pushing us in that direction.

Those years were far from easy or sedate. We seemed to speak to the depths of some people, especially certain members of council, and life was rather exciting. Coming from a very quiet and anonymous background, it was really strange to be named in very public places as some kind of radical troublemakers. Reference was made more than once to Irish leprechauns who should go back where they came from. Ah, the good old days…

When the weekly NG Times began publication in November, 2012, North Grenville had changed considerably since we had started off. A growing population, ever-expanding development, new and more complex issues facing the community and its leaders, all gave added impetus to the new newspaper. Monthly was no longer enough, a weekly paper was required. It took time for people to tune into what we were doing, and many continued to mistake us for a certain corporate paper that was rapidly becoming less local both in content and in physical presence.

But time has aided the Times. During this past year, we wondered if we could survive the lockdowns and restrictions. What would there be to write about, when everything was closed down? But I really believe that the Times came into its own in 2020, providing a vehicle for spreading reliable information, keeping people in touch with what was happening. Without the support of this community, we would not have kept going, it’s as simple as that. If this past year has taught me anything, it is that this genuinely is a great community where people pull together and want to support each other, business to business, person to person, heart to heart.

So, it’s time for a new vision, or a new way of seeing the vision. I am not disappearing completely, there will still be articles now and then, history, myth understandings, and others. I am leaving the position in order to focus on a new project: a history of North Grenville to be published in 2023, when we celebrate 25 years of amalgamation. This year is the 230th anniversary of the founding of Upper Canada, which became Ontario in 1867, as well as the anniversary of the first survey that laid out the boundaries of Oxford-on-Rideau. I am, by profession, a historian, and this seems to me to be the best way to use my time and talents for the next couple of years.

I recognise that people have very divergent views on what we have done in the Times over the years, and even recently. But my hope, from the beginning, was that the paper would provide a way for people to share their ideas, opinions, reflections and events with their friends and neighbours, no matter what those opinions might be. It is vital in any democratic society that people have the freedom to express themselves, without hatred, without any destructive and negative words against others. This has not always been popular, and there was always a temptation not to publish those critical of me, the Times, or what was written. I am deeply thankful to those who have worked with me, especially Maggie, of course. But also Pat, Gord, Peter, Christine, Hilary, and now Joselyn and Hayley. May the road rise to meet you.

In all, sixteen years of talking to, with, and about the life and Times of North Grenville and beyond. Let me change a habit I’ve had of giving each editorial the name of a song, and instead just quote a line from one to sum up those 16 years: What a long strange trip it’s been!