Last week, Bell Canada held their 10th annual “Bell Let’s Talk Day”. It’s a day when the telecom giant encourages people, online and through phone calls and texts, to open up and start the conversation about mental health. They also donate five cents per call/text/tweet/view to mental health initiatives across Canada.

I know, I know. I am late to the party. But there is a good reason for it. This year, I didn’t participate. I didn’t write a vulnerable post on my Facebook page, or share my story over Instagram. I didn’t use the hashtag, view any of the videos, or play around with any of their social media filters.

It’s not because I don’t think mental health is important. In fact, it is something that I am very passionate about. I’ve struggled with my mental health throughout my life, and I know how hard it is to speak up and ask for help. I support the conversation and I am always here to listen or provide support, at any time of year.

When Bell first launched the campaign a decade ago, it was an innovative marketing coup that may have actually done some good. It got people talking about mental health, which was still a pretty taboo subject at the time. The initiative has also raised over $100,000,000 over the past ten years for mental health initiatives across Canada. Nothing overtly wrong with that.

However, I think the whole campaign has turned into a superficial fix to a truly deep seated problem in our healthcare system. One day a year, Bell has made it trendy to open up about mental health issues. It’s the popular thing to do now, create a heartfelt post about your struggles with mental illness, and share it on the internet with thousands of your closest friends, along with #BellLet’sTalk. It’s kind of ironic that something as horrible and debilitating as mental illness suddenly becomes “cool” one day a year.

And let’s be clear on another thing. Talk is cheap. Our mental healthcare system is severely lacking, and that hasn’t changed much over the past ten years. Earlier this month, there was an in-depth article in the Globe and Mail about the serious lack of psychiatrists in the country. It stated that half of all Canadians live in parts of the country where the number of psychiatrists per person falls below the ratio recommended by the Canadian Psychiatric Association, and that 2.3 million Canadians live in areas with no permanent psychiatrist at all. This is in-excusable for a speciality that should be one of the front lines in fighting mental illness; yet they are notoriously difficult to access, even in large urban centres.

Not only is getting the proper care difficult in Canada, it is also very expensive. An hourly session with a psychologist can run anywhere from $125-$255 a session, which is out of reach for many people seeking help. Some larger companies offer benefits that cover a certain amount of psychological services; however, it usually only amounts to a couple sessions, hardly enough to help a person struggling with their mental health. There is no quick fix for mental illness, it is often a lifelong battle that needs specific professional care long-term. A few sessions with a counsellor isn’t going to do it for most people.

And then there is the money argument. How can you say that Bell’s Let’s Talk hasn’t done anything, when it has contributed millions of dollars to mental health initiatives across the country over the past ten years? Here’s the thing. Money is great, but it doesn’t fix all things. If you are funneling money into a broken system, then all it is going to do is fund inefficient services. Until we have a process that follows a patient from the initial consult with their family doctor, through a system that supports them, makes them feel heard, and addresses their issues at their core, money isn’t going to cut it. We need a complete system overhaul, starting from the ground up.

It is safe to say that I am disillusioned by the whole Bell Let’s Talk movement. It’s a sparkly band aid on a severely broken bone. It may shed some light on the issue one day a year, but, even after ten years, people still aren’t getting the help they desperately need and deserve.

The Bell Let’s Talk campaign has run its course. It’s time that we stop buying into Bell’s marketing strategy and start seriously investing time, energy, and money into creating a mental healthcare system that supports people in need across the country. It’s been a decade of talk. Let’s finally see some action.

Protect your Mental Health during isolation 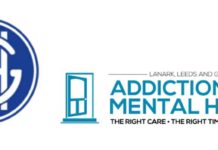