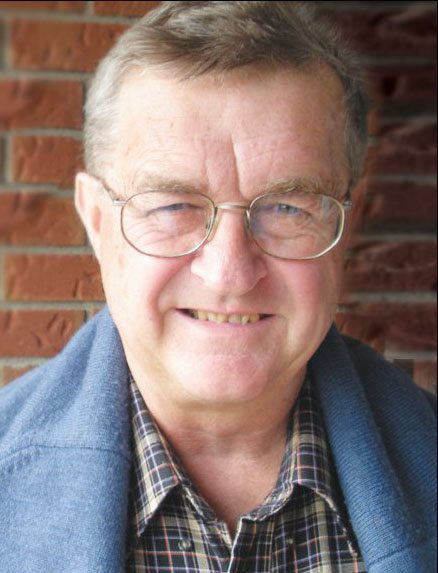 While perusing one of the more recent issues of the North Grenville Times, I came across the following question in an article: ”Why does the public feel that these Committee of the Whole meetings are not worth attending?” The question itself was set in a cynical, semi-humourous context meant, no doubt, to convey an impression of omniscient judgement in matters relating to our municipal government. It did not require world-beating cleverness to determine that the writer has a very low, not to say contemptuous, view of local Council. I won’t undertake to address the attitudinal part of the article. Attitudes set in stone are indeed hard to change. However, a few words of fact concerning Council meetings might be useful for those who,while healthily sceptical, still have room in their minds for additional, factual information.

Why, indeed, bother to attend Committee of the Whole? My response is based on several years of regular attendance at both Council meetings AND Committee of the Whole meetings before being elected to Council. To begin my response, it is certain that, if you have taken the time to determine what is being discussed by Council in the realm of current issues, you can have your say at Committee of the Whole. As I myself often did during my pre-Council days, one may address issues of concern in that venue. Some of the presentations I made as a citizen-commentator were, in fact, lengthy during the many Committee of the Whole Meetings where I made interventions. Interested people in my citizen group also presented on aspects of the issues which concerned us. In so doing, we caused a significant amount of reflection on the part of the Council of the day. Furthermore, I and members of my group were provided with reams of information which enhanced our knowledge of pertinent issues and made our subsequent interventions even more effective. And you don’t have to make a large-scale presentation. Citizens can express concerns, ask questions, support others who are speaking on a subject and so on. Of course, the wise cynic will respond that none of this has the slightest effect. Council has already decided how they will vote. And, of course, Council will all vote the same way.

Well, sure. Many items are very straightforward items of business and do not involve significant context for major differences of opinion. And so, Councillors will often pass such relatively straightforward items unanimously after, perhaps, a few questions for clarification. But it is simply incorrect, to put it mildly, to state that Council always votes the same way. Any regular and knowledgeable observer of Council would know that on complex issues the vote is often divided.

Therein lies the reason for attending Committee of the Whole. In my brief experience as Councillor, I can state unequivocally that the interventions made by residents have often coloured my decision to vote one way or another. I would go so far as to say that I find citizen participation to be a very useful adjunct to the other sources of information I receive on any given subject. I certainly will not always be sympathetic to the views offered. I do, after all, retain the right to have ideas of my own. But I insist on the importance of the interventions made by taxpaying residents of North Grenville at Committee of the Whole. They are very important additional sources of information.

And I dare say that my fellow Councillors are equally interested in this process, although their thinking will often, quite justifiably, lead to interpretations different than my own. And we will often have non-unanimous votes, reflecting what I would describe as a rich variety of points of view. I believe that is a strong aspect of democracy. And it happens at North Grenville Council during Committee of the Whole.

So, some may choose to sit in their warm homes on Monday nights (Council nights) as is their right. And they may further choose not to follow closely the activities of Council. But surely the fair-minded and thoughtful among us will not give much attention to uninformed ramblings of those who offer opinions not strongly undergirded by facts, or at least by an effort to determine the facts surrounding an issue. To determine facts, of course, would often require at least some presence either at Council Meetings or Committee of the Whole Meetings. At the very least, it would require access to the numerous and growing number of communication modalities made available by the municipality and by local media.

I encourage those with real interest in municipal affairs to avail themselves of the considerable and growing number of sources of information about Council’s activities. Come to Council Meetings to gain information as well. Follow that up with a visit to Committee of the Whole, where you may ask questions, offer ideas, represent a point of view. That would be so much more productive than sitting back and merely casting groundless aspersions in the general direction of Council . A warning though: to do so is a whole lot harder and time-consuming, though much more effective, than sitting back and saying the first thing that comes to mind. I know about the effort required. Because I have made that effort. Come and participate at Committee of the Whole. YOU are invited. I hope to see you there.