An interesting sight on Canada Day to see someone protesting the bouncy castle set up for the kids. It was the open display of a raging dispute that has been going on in social media platforms in the days leading up to July 1. The anger was expressed by residents upset that the bouncy castle was provided by a local Christian congregation, and was provoked by finding out that the church in question believe that all homosexual practices are not biblical, sinful. This is seen as hateful and threats were made to submit a human rights complaint against the church, the Kemptville and District Community Association, which organised the Canada Day events in the town, and possibly also against the municipal council for allowing the church to take part in the day’s activities.

It is, in fact, a really strange dispute. Perhaps the protestors don’t know that all Christian churches who follow the Bible agree with the Southgate Community Church position on the matter. They certainly don’t understand what that position actually is. The fact is that it is not only the 2SLGBTQIA+ community that is seen to be sinners, in that Biblical sense; all of us are. Every individual is a sinner in that sense, and that is not an accusation of specific wrongdoing, but a statement that this is a fallen world, flawed and in need of grace in order to change.

Now, that may be an equally unacceptable attitude to many, but it is not hateful or aimed at one group or groups in society. Part of the problem is the failure of Christians to explain their position. Too often, the emphasis has been on sex and sexual activities, as if they were somehow more unacceptable than, say, spousal abuse, or greed, or violence. The failure to make that clear, or even to accept that it’s true, is a problem that Christians have caused themselves.

But the other side in this dispute is also at fault for failing to learn the lessons of their own history. Surely, after the generations of oppression, discrimination, criminalisation and violence against them, it is strange to find the 2SLGBTQIA+ community condemn others for their beliefs? Is any church in this area actively campaigning against them, or picketing places of business, etc.? If so, they are wrong and that should be condemned. But that is not the case here. One of those angry with the municipality and the church put it like this on Facebook: “…the church is free, on its own turf to say what it wants. At an event sponsored by the municipal government, there can be no violation of the human rights code. Consider the law and the matrix of power. There is no legal protection for hate expression.”

Turn this argument around and see how it looks. If a church made a statement that said the same thing, it would be condemned for discrimination and breaking the human rights code.

Imagine if the Southgate people objected to the involvement of 2SLGBTQIA+ in Canada Day and threatened legal action against the organisers. Would they not be roundly and rightly condemned for such blatant discrimination? I have my own qualms about how Southgate operates, but I don’t see or hear them publicly attacking NG Pride, for example. There will never be a time when Christians change their belief that we are all sinners in need of grace. That is not the same as saying that Christians hate everyone that is not one of them. Hate is truly sinful, as we all agree.

One of the fundamental truths of a healthy society is that we live and work with people with whom we do not agree on many basic issues. Just because someone holds views that we find offensive, does not mean that we can shut them out of the community and its activities. Let me repeat, if anyone is openly and loudly being hateful in speech or action, that is another matter entirely.

There was a time when churches could impose their values on everyone, but that time is past, thankfully. And I say that as a Christian. To turn around now and allow any other group to impose their will in that same way is equally unacceptable. Christians have to accept that there is now, and never has been, a “Christian country”, and attempts to enforce morality on others is rightly condemned. Do the protestors angry about a bouncy castle in Riverside Park on Canada Day really want to become the arbiters of morality, when they have been victims of that mentality for so long?

In spite of the major changes in attitudes and laws that have lifted much, though not all, of the oppression suffered by so many for so long because of their identity and reality, the fact is that not everyone now or ever will be able to ignore their fundamental beliefs. Nor should they be expected to, so long as they do not interfere with the lives of others. The human rights code protects people’s right to have and express their sexual identity, within limits. It also protects religious freedom of expression, within limits. That is why our society can function without serious conflict. You can believe certain behaviour is wrong, but that doesn’t mean that you hate those who behave that way. Is that not clear and obvious, or are we to police one another’s thoughts and beliefs and demand conformity? Naturally, I turn to something I firmly believe: love your neighbour as yourself, all your neighbours, without distinction. Or, put it like this: treat others the way you would like them to treat you. Can’t we all, regardless of where we are at, agree at least on that?

OP-ED – Where Do the Children Play? 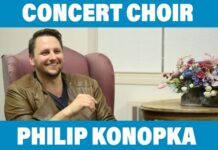