The other day, my daughter Rachel brought me to the pigeon display at the South Mountain Fair as a special birthday present. As a boy, I raised several breeds – Birmingham Rollers, Jacobins, and Oriental Frills – but regretfully never had a chance to pursue the art later in life. So, examining and reflecting upon the pigeon entries at the Fair was a delight indeed.

For pigeon fanciers, caring for their birds and exhibiting them in competitions is more than a hobby, it is a passion. As with other domesticated plants and animals, each breed has a history written into its physical traits, and seeking the perfection of these traits by selective breeding and vigilant care is the fancier’s objective. The art is in the observation of desirable traits in individual birds and deciding which pairing of individuals will confirm and enhance those traits. Pigeon fanciers are guided by an aesthetic standard that describes an ideal configuration of traits for each breed, for example the shape of the head and beak, the colour of the eyes and feathering (crests, hoods, ruffles, muffs on feet), and behavioral characteristics. In competition, an expert weighs the merit of the birds by how closely they conform to the ideal standard.

The picture accompanying this article was taken by Rachel during our visit. We unfortunately did not note the fancier’s name. The pigeon is an example of a Brown or Dun-laced Satinette in the category of Oriental Frills, a breed which probably originated in the Middle East. Note the colour pattern which contrasts the white body, head, and muffed feet with the wing “saddle” of laced feathering and the reddish-brown tail. A mane of ruffled feathers runs down the back of the bird’s neck, and a bib of ruffled feathers ornates its throat. In a side view, the outline of the bird’s head is a gracious curve that rises from the wattle, passes over the head, and terminates in the peaked crest of the mane, framing the bird’s large, round eye. A beautiful bird indeed. It is the bird’s short beak that led me to reflect on the various ways humans intervene in the genetic pool of a species and the responsibilities they assume when they practice selective breeding.

The small beak of Oriental Frills makes it difficult for them to feed their own young by regurgitating the “pigeon milk” which forms in their crops while incubating their eggs. To propagate these breeds, the fancier steps in by isolating the parent couple to ensure the desired parentage, and subsequently placing the eggs under surrogate “long faced” pigeons, a procedure that requires adroit timing.

My point is that without loft housing and suitable parents, the breed would not survive. Produced by centuries of selective breeding from an original species or species mix, the breed’s continued existence is wholly dependent on human care. Unlike Darwin’s finches, in which differences in beak form evolved from the over-all environmental conditions offered by the different habitats in a cluster of islands, “short faced” pigeon breeds developed from and depend on human choice and care.

The development of “land races” such as the many varieties of corn in Mexico, is like pigeon breeding in one respect: it also is aimed at achieving humanly established goals. The difference it that land races function as elements within habitats involving other-than-human components. Under human care, they arise from a given species’ genetic bank as interactive responses to human needs within the given environment and remain active contributors to their habitat. Neither of these two forms of selective breeding contribute to biodiversity. When left on their own, if they survive at all, fancy pigeons and land races eventually devolve by reverse cross-breeding into the original species from which they were derived. Under human selection and surveillance, they exemplify traits in the gene bank of an originating species that are sustained as dominant, but contribute nothing to the gene pool itself.

If I am correct, this means that the impact of selective breeding on biodiversity, for example in gardening, needs to be examined. That is for my next submission. 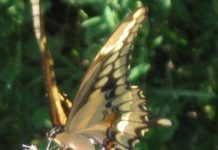 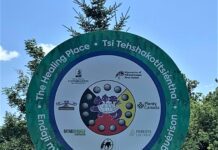 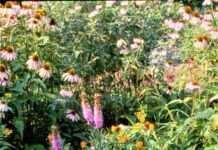