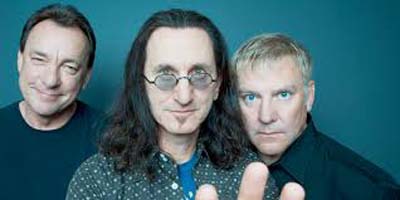 Somewhere out there is a woman to whom I owe an enormous debt of gratitude. To begin to tell the story of how and why, I must begin by saying that I love music. I make music. I listen to music. I love a lot of music and, truth be known, if I were to ask myself who the artist is that I’ve followed the closest, for the longest, that would be the band Rush. That might surprise some folks who know me through music and have seen me cover Joni Mitchell, Crosby, Stills, Nash & Young, The Hip, Alanis Morissette, Laura Smith, Gordon Lightfoot, Tom Cochrane and many other wonderful Canadian musicians. Rush? Yes, Rush. A three-man Canadian band – Geddy Lee, Alex Lifeson, and Neil Peart. I was in my mid teens when I was introduced to their music, and I’ve been a huge fan ever since. I devour their music, I watch their documentaries, and I marvel at and reflect upon Neil’s written words.

It might also surprise you to know that I suffer from depression and anxiety. The Me that stands before you on stage and banters comfortably and affectionately with you, and performs, is genuine and seems far removed from any sadness or anxiety, but there you have it.

My mental illness gives me a bit of trouble when it comes to milling about in a huge crowd. It also makes me pretty uncomfortable travelling any distance, even from Kemptville to Ottawa. But when Rush was playing at Bluesfest in 2013, I knew I had to be there. I had to see them live, at least once, and this was probably my one chance to do so. I ordered tickets. VIP tickets. Rather expensive, but VIP seating meant not having to mill about in a throng of thousands. I had the full support of my husband (inexplicably, not a Rush fan), who would transport me to said venue in Ottawa, enjoy (I use the term loosely, in his case – again, inexplicably) the concert, keep me safe from the milling throngs, and even fetch a beer for me at the VIP bar. I ordered the tickets, and waited. And waited. And then one day, I got a call from a woman who lived just a few blocks away. She had somehow received my tickets in her mailbox. She could have sold them, or gone to the concert herself, but she did not. She looked me up in the phone book (remember those things? We’re in the white pages). And she dropped the tickets off to me right at my door. How very, very kind.

John and I went to the concert, and had a wonderful time. It was a “bucket list” thing for me, and was indeed to be my last opportunity to see them locally. I’m so grateful to have had that experience. You see, Neil Peart – drummer and lyricist of Rush – passed away on January 7 of this year, after a privately managed three-and-a-half year ordeal with brain cancer. The band had retired from touring in 2015, but We, The Fans wondered if they’d maybe make another album. When they stopped touring, Geddy started collecting bass guitars and wrote a book about basses, and went on a book tour. Alex spent a lot of time as a studio musician on Other People’s Albums, but was equally in the spotlight. These two gentlemen – Neil’s dearest friends – uttered not a word publicly about Neil’s illness, which was exactly what Neil would have wanted. He was an intensely private person (I do get the irony of all of his fans being aware of the fact that he was very private). Neil was only 67.

It’s a bit weird to grieve for a person one has never met. But I do. And, rather than eternally wishing I’d seen Rush live, I tuck close to my heart the fabulous memory of having celebrated their Bluesfest performance with my fellow fans, and with Neil, Geddy and Alex. This experience and cherished memory I owe to the kind woman who mistakenly received my tickets, and brought them to me. Thank you, dear lady. I will never forget your kindness.