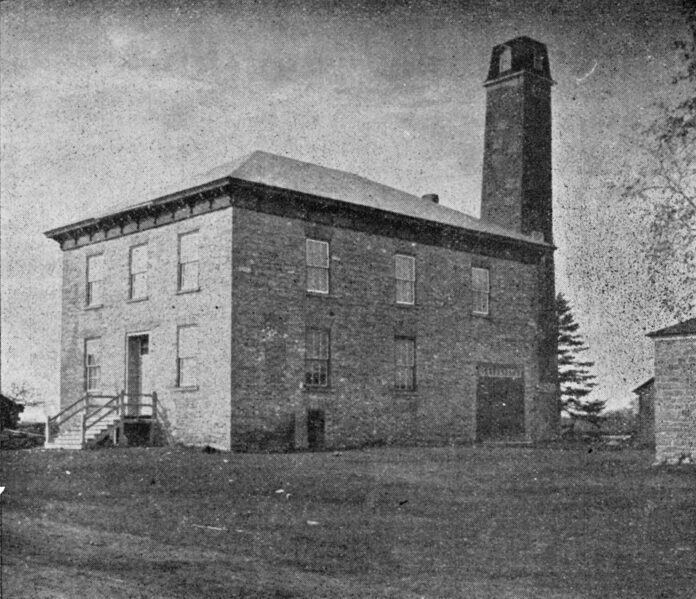 This building was erected in 1856 by the township of Wolford, and, from 1860 served the Village of Merrickville as a Town Hall. The tower seen in this photograph from 1912 shows the Fire Tower, which served as both a lookout for the fire service, and a facility to hang and dry fire hoses after use. 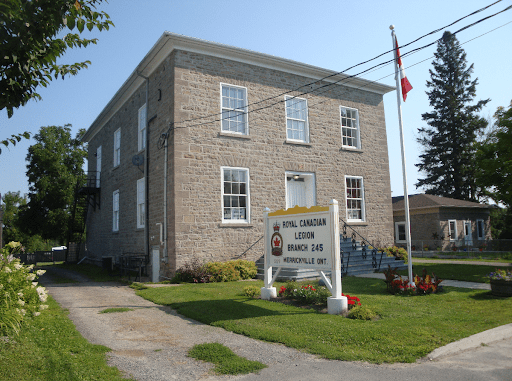 The layout of the top two floors was open and served as the perfect venue for various political and social events in the Village until the 1960’s. It was left lying empty for some time in the 1970’s before being bought by Heritage Merrickville Foundation in 1984. A fundraising campaign of public and private sources allowed the building to be restored and subsequently became the home of the Royal Canadian Legion Branch 245, Merrickville.