The funding request of $5,000 came with the goal in mind of making some needed repairs to the old Oxford Mills Town Hall, which is a designated heritage site. The building is being used primarily for the storage of costumes and equipment by three local performing arts groups, which NGCT President, Steve Wendt, argued to Council helps to provide arts and culture offerings in the Municipality. The funding would be for work on the doors and locks, the ceiling, and the electrical system, amongst other things. Mayor Peckford commented that the funding request could possibly be accommodated within the municipality’s regular operating budget, rather than through a grant. Councillor John Barclay chimed in to reveal that there is a motion coming to Council shortly with a proposal to rehabilitate the old Town Hall. The improvements planned for the building, if the motion is passed, would be much more in-depth than what has been proposed by NGCT.

NGCT went through of period of very little activity due to the COVID-19 pandemic, but activities are picking up again for the organization. After the cancellation of the regular Spring and Fall productions, NGCT is bouncing back with a planned production of “Ripcord,” described as “a fascinating, edgy contemporary comedy” in a release obtained by the Times. Performances are planned for the Spring of 2022 at the North Grenville Municipal Centre. Ripcord’s producer, Debbie MacGillivray, who is also the chair of NGCT’s publicity committee, told the Times that rehearsals are already underway.

Like most businesses and organizations, NGCT is having to adapt to pandemic life. One unique way it is accomplishing this is by offering small venue productions, for example, for service clubs or churches seeking entertainment for a fundraiser, or just for pleasure. Productions in this category include “Shirley Valentine,” about which Darrell Nunn of NGCT wrote in a release sent to the Times, “One production, ‘Shirley Valentine,’ obviously themed to be available around Valentine’s Day, is a funny, moving, and powerful one-woman tour de force. Shirley is a 42-year-old mother and housewife who packs her bags and heads for the sun. The note on the kitchen table reads, ‘Gone to Greece, be back in two weeks.’  A mid-life crisis? Maybe. The excitements and risks of risking? Definitely!”

Darrell also described two other planned productions. “’A Marriage Proposal’ is set in Russia in the eighteenth century, but don’t let that put you off. It is a proposal of marriage that goes hilariously and surprisingly wrong. The frustrations of a father with an emotional, hormone driven daughter, her hypochondriac fiancé to be — these are resonant in any age. Paired with this is ‘How He Lied To Her Husband,’ in which a young aristocratic, romantic man-boy has his first crush on a middle-aged married woman. He demonstrates his passion by writing her poems. Flowery, flattering, but socially… inconvenient. The husband finds the poems and confronts the young man. What happens then is nothing you can anticipate, and it ends, more or less, happily ever after.” Darrell pleads, not just for people to attend the shows, but also to make them a community reality. “We are also still looking for a young man to play a part in one of these plays,” Darrell writes.

Those seeking local entertainment for a fundraiser, or for a service club or other local organization, should get in touch with Darrell Nunn at [email protected]. 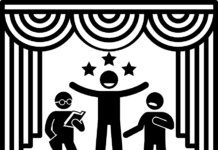 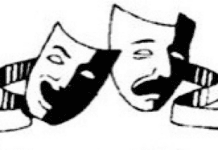