Kristin Strackerjan, a candidate in the 2018 North Grenville Municipal election, has accepted an appointment to the role of Councillor following the resignation of Councillor Craig McCormick.

“We look forward, as a Council, to working with Ms. Strackerjan in her new capacity. Ms. Strackerjan ran a vigorous campaign and came a close fifth in the election for Municipal Councillor”, stated Mayor Nancy Peckford.

Deputy Mayor Jim McManaman added, “We appreciate the considerable efforts that Mr. McCormick made to fulfill his responsibilities and wish him all the best in future endeavours”.

The appointment is in accordance with By-Law 51-16, if a vacancy on Council for the position of Councillor occurs within six months of a Municipal election, Council shall fill the vacancy by appointing the person who would have been elected next based on the number of votes as long as they received at least 40% of the votes cast and have consented to accept the office.

“I am pleased to accept the position of Councillor and am enthusiastic about serving all the residents of North Grenville in this new capacity”, said Kirsten Strackerjan. 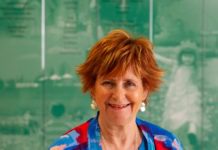 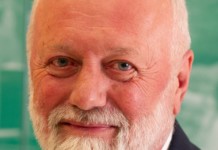