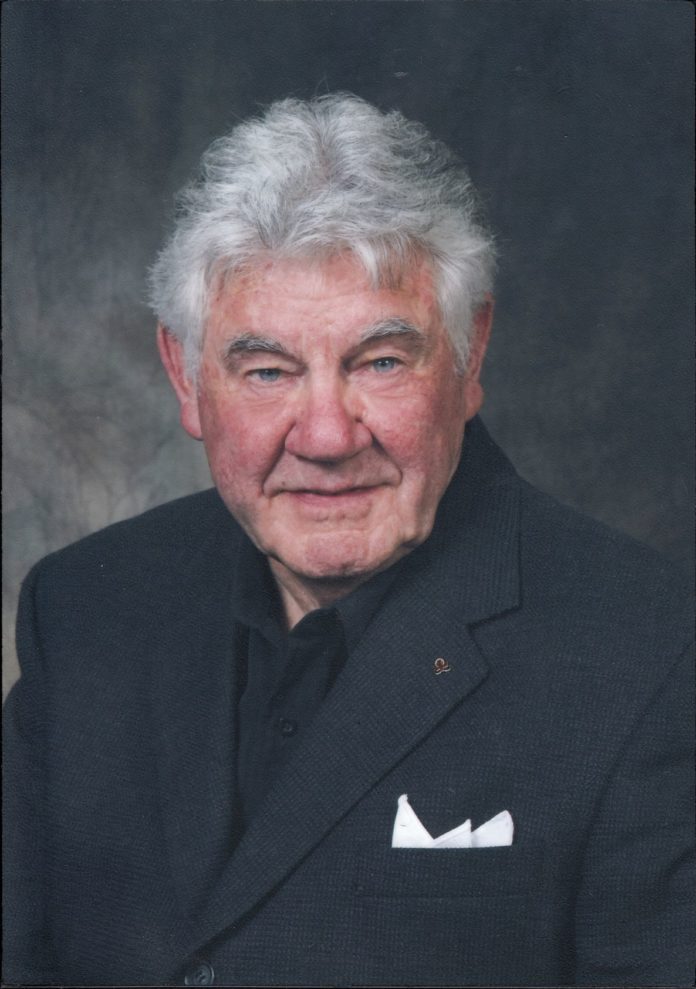 It is with profound sadness that the Municipality of North Grenville recognizes the passing of Pat Maloney, former long-standing elected official of the Town of Kemptville where he served as Councillor, Deputy Reeve and Reeve between 1971 and 1989. Mr. Maloney passed away on September 15, 2019.

“On behalf of all residents and business leaders in North Grenville, Council would like to express our deepest sympathies to his family and the thousands of members of our community who were shaped or impacted by his impressive and unwavering record of public service,” said Mayor Nancy Peckford and Jim McManaman in a joint statement.

“It is difficult to summarize all of the ways in which Pat made such an enormous difference in the lives of those who lived here. His steadfast and strategic commitment to a myriad of community organizations and services was unparalleled. He is truly irreplaceable and will be remembered fondly by so many for creating the foundation for Kemptville’s evolution, and for its reputation as an incredibly caring place,” they added.

Mr. Maloney was born and raised in Kemptville and spent his life giving back to the community. He was responsible for bringing the Lions Club to Kemptville in 1958, which marked its 60th anniversary in 2018. Mr. Maloney was a chartered member of the Kemptville Knights of Columbus for 50 years, and was an instrumental member of the organizing committee of the Sweetheart Brunch fundraiser since its inception.

In the early 1950s, Mr. Maloney was part of a small group of local citizens who led a successful campaign to fundraise for and eventually open the Kemptville District Hospital in 1960.

In his capacity as Council member for the Town of Kemptville, Mr. Maloney made a significant contribution to the United Counties through his participation on County Council, the Land Division Committee, the Rideau Valley Conservation Authority, the Police Services Board and the Kemptville Hydro Commission.

In 2013, Pat Maloney was named Citizen of the Year of Kemptville as the recipient of the Lifetime Achievement Award.

“Whether you knew him or not, there is no doubt his contribution touched all of our lives in North Grenville, and his legacy will carry on,” said Mayor Peckford.