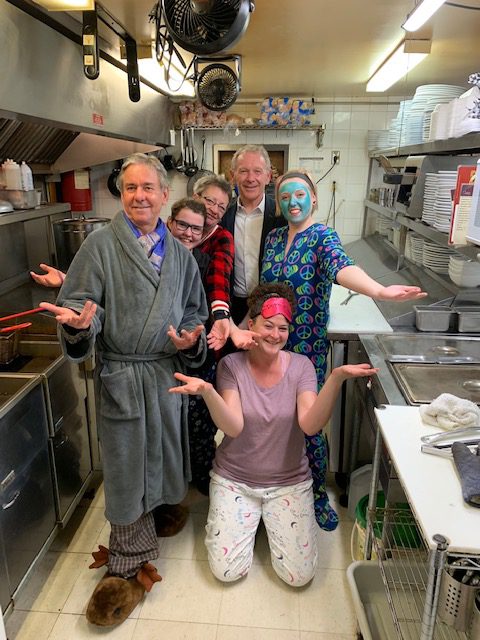 Last Wednesday was the last of the ninth annual series of Village Chef Nights at the Mainstreet Restaurant in Merrickville. Every winter, owners Mike and Terri host guest cooks from the Village, as they put on a themed dinner and raise money for local charities. Last Wednesday, Mayor Doug Struthers hosted the last of the 2019 dinners, a Pajama Party in support of the Smiths Falls Hospital Foundation.

Guests came dressed in their nightwear, and Mayor Struthers and his team cooked up a four-course dinner of butternut squash soup, green salad, chicken breast stuffed with homemade bratwurst, and roasted baby potatoes, with brownies with strawberries and vanilla ice cream to top it all off.

As usual, the Village Chef dinners were well attended and raised around $6,000 in total for the various organizations. 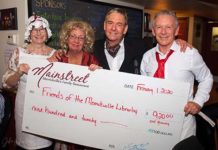