Local municipalities are responding to a proposed piece of legislation that will seriously limit the work of conservation authorities across the province. Bill 229 is a provincial budget bill that proposes amendments to over 44 Acts, including the Conservation Authorities Act, through Schedule 6. According to a press release from the Rideau Valley Conservation Authority (RVCA), Ontario conservation authorities have identified several major concerns with the proposed changes, which will directly affect municipalities, residents, and watersheds. These include changes to board governance, including who a municipality can appoint to represent them; new powers enabling the Minister to override a conservation authority and issue a development permit in a watershed, without a hearing and with no appeal; the removal of enforcement tools and a conservation authority’s ability to appeal planning decisions; potential provincial interference in local budgets and fees; and limitations on programs, with a decreased focus on environmental stewardship and outdoor education.

On November 19, a motion was passed at County Council to support their local conservation authorities and ask that Schedule 6 be removed from Bill 229, to allow for consultation with municipalities which are directly affected by the changes. The President of the Association of the Municipalities of Ontario (AMO), Graydon Smith, has also written to the Premier and made a submission to the Standing Committee on Finance and Economic Affairs, asking them to reconsider Schedule 6, which is raising alarms for municipal leaders across the province.

Mayor Doug Struthers briefed Merrickville-Wolford council at their meeting of November 23 about ramifications the changes may have on municipalities if this legislation is passed, and on actions taken at the county level. “The high-level observation is that it’s uploading authority from municipalities, conservation authorities, to the province, and not doing any uploading on the costs,” he said. “Hopefully, we will get a favourable response from the province so that a consultation process can take place.”

The issue also made its way to the North Grenville council table at their meeting on December 1. CAO Gary Dyke prepared an extensive report for council outlining how the proposed changes will impact the municipality. “The intent always was to improve the governance of conservation authorities and transparency in the process by which they use,” he said. “This suggested new legislation goes well beyond that.”

Finally, the new legislation would no longer define conservation authorities as public bodies under the Act, which would prohibit them from appealing Planning Act decisions to the Land Planning Appeal Tribunal, or becoming party to a third party appeal. “The impact to municipalities is, we use the conservation authorities for our technical experts in areas around water course management, things of that nature,” he said. “And so, without having that ability anymore, we would have to find a different action.” CAO Dyke also noted that municipalities use conservation authorities for their “local science”, and if they aren’t able to play that role anymore, due to lack of funding, they will have to get that information from elsewhere.

North Grenville Councillor Kristen Strackerjan noted that this change in legislation would place a significant burden on local councils by having them play a larger role on conservation authority boards through their councillor representatives, without the needed expertise. She says this extra responsibility is of particular concern for small councils like North Grenville. “I don’t think it’s the main argument for this; but I think it is another concern for this municipality specifically.”

North Grenville council passed a motion at the meeting asking the province to withdraw Schedule 6 from Bill 229 to allow for further collaboration and dialogue with municipalities and local conservation authorities.

“There does seem to be some need to improve communications, or to provide better structures by which the conservation authority has better dialogue,” Mayor Peckford said. “My hope would be that, if the province is able to really step back and engage AMO and other municipalities in what’s at stake here, there can be improvements. I think we all want to ensure that conservation authorities are doing their best and working in the environment in which they’re asked to work in the service of municipalities; but it’s obvious that this so-called fix is creating more problems.” 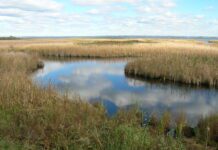