Jen Gilroy, who hails from Kemptville, is among the contenders for The Romantic Novelists’ Association’s (RNA) prestigious Joan Hessayon Award for new writers, for her “The Cottage at Firefly Lake” published by Forever, Hachette.

The shortlist is made up of authors whose debut novels have been accepted for publication after passing through the Romantic Novelists’ Association New Writers Scheme. Each year 250 places are offered to unpublished writers writing in the romantic fiction genre. As part of the scheme, they can submit a complete manuscript for critique by one of the Association’s published authors as well as attend RNA events which offer opportunities to meet and network with publishers, agents and other published authors.

“The Cottage at Firefly Lake” is an emotional second chance love story about redemption, family secrets and finding your way home. When a globetrotting journalist returns to the small town where she spent childhood summers, she gets caught up in the past — and the man — she meant to leave behind.

Jen explained that the novel was inspired by an article she read on a trans-Atlantic flight, about women foreign correspondents. “I wondered what such women might have had to give up to achieve success in a still male-dominated field. When I glanced at the map on the monitor in front of me, the plane was above a geologic formation called the Charlie-Gibbs Fracture Zone. Charlie’s character and story popped into my head, named and almost fully formed.

“Although Canadian by birth, I lived in England for many years and wrote the book whilst living there. After a succession of cool and damp British summers, the fictional Firefly Lake represents everything that’s special to me about the seemingly endless, sun-drenched summers of my childhood, many of which were spent in small, lakeside resort towns. In creating my fictional world, I was also inspired by vacations my husband and I spent in northern Vermont and the Adirondack area of Upstate New York in America.”

Commenting on her inclusion in the shortlist, Jen said, “The support and guidance I received through the RNA NWS were integral to my writing journey and achieving publication. I’m honoured to be shortlisted for the Joan Hessayon award this year, and especially to be nominated alongside wonderful authors whose books I’ve enjoyed.”
Eileen Ramsay, current RNA Chairman, said of the 2017 shortlist, “This year’s list of contenders once again demonstrates the depth and breadth of the work produced by RNA authors and I am absolutely thrilled that we have another superb group of graduates from our New Writers’ Scheme. The New Writers’ Scheme is unique to our association and it’s wonderful to see that it really works. Congratulations to everyone on the list!”

The Award will be presented at the RNA Summer Party on Thursday, May 18, at the Royal Over-Seas League, Park Place, London SW1A 1LR at 19.15.

The Joan Hessayon Award is generously sponsored by gardening expert Dr. David Hessayon OBE, in honour of his late wife Joan, who was a longstanding member of the RNA and a great supporter of its New Writers’ Scheme. 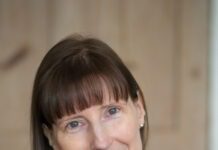