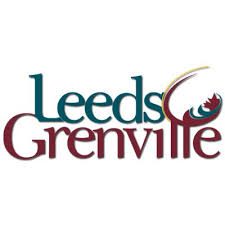 The Counties Council has appointed Alison Tutak as the Interim Chief Administrative Officer for a two-month period. Ms. Tutak, who is the Counties’ Director of Community and Social Services, will serve until July 4. Current CAO, Andy Brown, is retiring May 6. Incoming CAO, Ray Callery begins his new role on July 5.

“I am honoured to have been asked to provide Interim CAO support to the Counties during this transition of leadership for our organization,” Ms. Tutak said. “I look forward to ensuring momentum and continuity in a number of our key initiatives,” she said.

Ms. Tutak has been with the United Counties for 29 years and has served as a Director for the past 11 years.

The Class D estimate came in at $51.7-million. The Counties had estimated last December the cost of construction to be $47.7-million. When all costs are calculated, this represents a 6.3% overall increase for total capital project costs.

“This is a very important project we want to keep moving forward and within our time line,” said Counties CAO, Andy Brown, noting the expansion is set to open in early 2024.

The estimate provides an updated figure to be used for financial planning and budgeting. The tender will be the final determination of what the real costs of the new building will be. In the meantime, staff and the Project Managers Turner and Townsend will be looking at potential savings.

The Maple View Lodge project has been ongoing since the Province approved 132 additional beds two years ago. Since that time, the Project Manager has undertaken various technical studies for the construction of a new home. They have engaged an architect and associated consultants under Hobin Architecture, have completed a feasibility study on whether to build one building or use two buildings, and have commenced the design and costing stages.

Council voted to not increase regular council remuneration for 2021. They will remain at the 2020 level.

All regular meetings are held virtually and begin at 9 am. They are live-streamed and can be viewed online.