Justin Trudeau’s Liberal Party, and Jagmeet Singh’s New Democratic Party have brokered a pact that will see the two parties work together, and will make it very likely that Canada will not see its next federal election until 2025. The agreement is a “supply and confidence” agreement, which, despite rumours, is not a coalition. A coalition government occurs when two parties work together and combine their seats in the House of Commons to produce the voting power needed for a majority against the opposition. One characteristic of a true coalition is that the parties hold power together by each holding Cabinet posts.

True coalitions are rare. In fact, the only coalition which has formed at the federal level since Canada’s Confederation was Sir Robert Borden’s Union Coalition during the First World War, which was formed to support conscription, and only lasted about a year. In 2008, the federal Liberal, NDP, and Bloc Quebecois parties signed an agreement to form a coalition government shortly after that year’s election, but Conservative Prime Minister, Stephen Harper, asked the Governor General to prorogue parliament, thus avoiding the coalition. When parliament resumed, new Liberal leader, Michael Ignatieff, made it clear that he was not a supporter of coalitions.

The deal struck earlier this month between the two Party leaders will still see the Liberal Party alone as the governing party of Canada, and the pact simply ensures support for the Liberals in policy areas where the two parties feel they share at least some common ground. These areas include climate change, reconciliation with Indigenous peoples, and efforts to make life more affordable.

Opposing political parties are often motivated to form pacts when the governing political party only has a minority of seats in the House of Commons, since few policies can be passed by such governments without at least some collaboration. Minority governments typically only last less than two years, because of the diminished ability to pass legislation, which drives calls for an early election. With the current Liberal-NDP pact, an election is highly unlikely to be called early, with the next one scheduled to take place as late as October 20, 2025. Part of the pact also stipulates that the NDP will support the Liberals in the event that a confidence vote is called, further securing the Liberal Party’s governing status until 2025, provided that the pact remains in place. 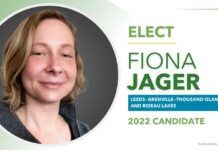