The Eric Gutknecht Memorial Bursary is a charitable organization that helps kids in Kemptville – from both of our high schools, North Grenville District High School and St. Mike’s – to fulfill their dreams. Each year, a bursary is awarded to a student from each of our High Schools. It was established in memory of Eric Gutknecht, who died unexpectedly at the age of just 17. Eric was unable to follow his dreams, but because of this bursary many deserving kids in our community are being given a chance to follow theirs.

One of the means of funding Eric’s memorial bursary has been through the sale of jams and jellies, which Eric’s parents make themselves and sell at the Kemptville Farmer’s Market. They’ve been doing so since Eric’s passing. So, they’ve been vendors since 2011, duly paying their fees for their table at the market as well as the additional fee for market plates day. Many of the ingredients they use are grown on their own property.

Imagine how disheartened they were to have their application as a vendor at the Kemptville Farmer’s Market for 2018 be rejected. Apparently, the reason given was that the Gutknechts were not producers, but, in fact, the Market provided the family with four different reasons, all of which changed over time. This patently unfair decision to reject the application to have a stall at the Farmers Market led to some angry reactions among those who knew about it, and it seemed to be the arbitrary decision of a Board that had lost touch with the community and the original rationale for a local market in the first place.

Word of this anger clearly reached the Market’s Board, because Billy Gutknecht has now received a letter from the Market’s Manager, Kelly Broad, stating that the Gutknechts may be allowed to sell their jams once more, providing they state publicly that it was an error on their part in their original application that caused the difficulty, and not the arbitrary action of the Board.

That this is not the case seems not to trouble the Board, who are only looking for a way to back out of their poorly-received decision. The Eric Gutknecht Memorial Bursary depends to some extent on the sales made at the Farmers Market, and is a positive benefit to many young people in our community. It is to be hoped that the Kemptville Farmers Market people recognise that and take steps to ensure that the Gutknechts are allowed to continue their long-standing participation in this community project. 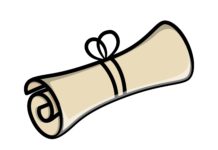