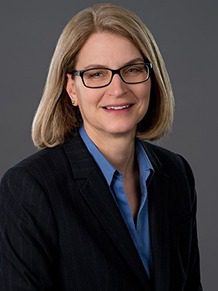 The Chief Veterinary Officer provides national leadership to ensure that Canada’s animal and veterinary public health infrastructure is positioned to effectively manage current and emerging disease threats in order to protect animal and human health and to maintain international trust in Canada’s inspection and certification systems in support of market access.

Dr. Mary Jane Ireland is the Executive Director of the Animal Health Directorate, Policy and Programs Branch at the CFIA. She is also the Chief Veterinary Officer (CVO) for Canada and the OIE Delegate for Canada.

Dr. Ireland graduated from the Ontario Veterinary College at the University of Guelph, with a degree in Veterinary Medicine and post-graduate degrees in Veterinary Immunology and Business Administration. She began her career in a mixed animal practice in eastern Ontario.

As the Chief Veterinary Officer, Dr. Ireland leads Canada’s efforts to effectively manage current and emerging disease threats in order to protect animal health and human health, and to maintain international trust in Canada’s inspection and certification systems in support of market access.

As the OIE Delegate, Dr. Ireland represents Canada on the international stage, and plays an integral role in Canada’s participation in the OIE standard- setting process for the development and adoption of animal health standards and guidelines. In this role Dr. Ireland works to ensure that the standards are appropriately and consistently implemented in Canada. S

he is also responsible for notifying the OIE of reportable animal disease occurrences in Canada.

Dr. Ireland is a resident of North Grenville.