Deputy Mayor Michael Cameron has not forgotten the reasons why he ran for council in the last election.

Although he has many priorities to juggle now that he is deputy mayor, he is still just as concerned about the roads in Wolford as he was when he was knocking on doors during the campaign. He says that 90 per cent of the people he talked to last year felt that paving the 47kms of gravel roads in Wolford should be a priority. The deputy mayor says this is for several reasons:

Firstly, gravel roads require year-round maintenance, which puts a strain on the public works department. They are also hard on vehicles and affect family budgets for those who live on those roads. Because it doesn’t take much for the road to become uneven, gravel roads can also be a potential liability for the municipality. Finally, it discourages development because investors don’t want to build on a road that isn’t paved.

Deputy Mayor Cameron acknowledges that paving roads, especially with the current state of some of the roads in the Wolford area, is expensive. This is why he wants to encourage the municipality to apply for grants which should cover at least some of the costs of a tar and chip program. “There are [infrastructure] grants available through the federal and provincial government,” he says.

Deputy Mayor Cameron says he doesn’t understand why staff haven’t made council aware of these grants which are available for their use. Because of this, he put forward a notice of motion at the last council meeting, on June 10, to have staff alert council of all potential grants available which would benefit the municipality. “It’s an important stream of revenue for the municipality given our financial situation and small population,” he says. “It would be a good resource for us to utilize.”

The Deputy Mayor believes that growing the population is essential to ensuring Merrickville-Wolford remains a thriving municipality into the future. With the growth going on in Smiths Falls, North Grenville and Brockville, he believes paving the roads in Wolford would entice people to buy homes and encourage industry and tourism in the rural area. “My goal on council is to try and move us towards a more sustainable municipality,” he says. “As the population grows, it makes everything else more possible.”

Deputy Mayor Cameron is also keeping an eye on the landfill which he believes should be a priority for the municipality. Currently the landfill has a 40-year lifespan, but as the population grows, the life expectancy shrinks. “Now is the time to start thinking 15-20 years down the road,” he says. “Rethinking how we address garbage and recycling is a must.”

Deputy Mayor Cameron believes that gasification is an option that the municipality should look into. There are currently 4000 gasification plants worldwide and he sees having one in the municipality as not only an efficient and effective way of dealing with waste, but also has an economic driver. “It could create jobs and be a source of revenue,” he says. “I think it should be part of the equation.”

Deputy Mayor Cameron says that he hopes the current council will be able to move forward on these issues and come up with a positive plan together. He also welcomes civic engagement and values the voice of the people to keep council in check. “They are a major contributor to the municipality, province and country,” he says.

Council has dealt with a lot of changes over the past few months, and Deputy Mayor Cameron says he is proud of the work they have done in delivering a zero-increase budget and working on the structure of the municipal committees. Calls for volunteers for these committees should be coming shortly.

Deputy Mayor Cameron believes that councils are elected to move the municipality forward and listen to the cares and concerns of their constituents. As an elected representative for Wolford Ward, he is focused on getting the municipality to invest in the rural area. “An investment in Wolford is an investment in the whole community,” he says. 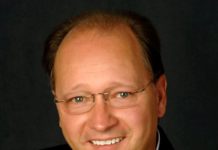 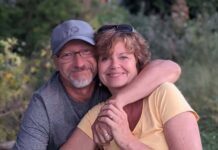 Changes to the NG Council