Christmas is one time in the year when something “religious” is acceptable to most, though not to all. Surely, when the entire marking of time is based on the birth of one man, that’s news?

There has been a tension about Christmas over the past couple of decades. The move away from “Merry Christmas” to “Happy Holidays”, the refusal of certain businesses to allow their employees to even use the word “Christmas”, the outlawing of manger scenes in some public areas, all these have brought a nasty tone into what used to be a happy and joyful time of year. And what lies behind this change? It is the demand by certain groups that anything “religious” should be banned, in case it causes offense, or something. The thing is, without that “religious” aspect to it, Christmas doesn’t make sense.

Now, whether you believe that or not, it is still something to cherish in this increasingly strange secular world. Christians believe God created everything in the universe, and that the human race is the high point of that creation on this planet. We are, we believe, made in the image of God. But we have fallen away from that, and that is why the world is the way it is. We have lost our way, our destiny, our real meaning. The alternative view of life, based on an evolutionary set of beliefs, is that the universe and everything in it is the result of random chance, bringing together proteins and cells to accidentally bring about all the amazing variations of organic and inorganic life in the cosmos.

If that is true, then, logically, humans are no more important than chimpanzees, or rats, or microbes, or trees. We are all alike the result of chance, with no purpose, no ultimate value, no destiny beyond this short lifespan on a miserable world of hunger, war, and disease. There is no basis for morality, no explanation for traits such as love, honour, self-sacrifice, or generosity because, again logically, there is nothing to give value to these things in a meaningless world. As we have seen over the past decades, it is harder and harder to define terms like “good”, “evil”, “right and wrong”, and that is why we need to use those quotation marks all the time. That is why we are destroying the planet, manipulating and contaminating our own food supply, accepting as normal the fact that governments, politicians, and others in authority lie and deceive. It is why we either have lower standards, or increasingly no logical reason for having standards at all.

This is why Christmas is important, even to those who don’t altogether accept Jesus and Christianity and all that kind of thing. It is because Christmas is about more than a babe in a manger, shepherds, gifts, angels and Wise Men. It is about God becoming man and living here as a human being in order to remind us that we are made in the image of God, and are therefore of value, have meaning and purpose, and, ultimately, matter. The entire Christmas thing may just be a myth to some, but at the very least it is a story, a celebration that reminds us that there is more to us than what some would have us believe. That love, joy, generosity, integrity, ethics, all of these are real and must be within us and valued by all human society for a reason. And that is, that behind all of cynicism, arrogance, selfishness and greed, there is also a glimpse of the eternal, the ultimate, against which we measure our lives, our beliefs, our existence. These things are not accidental byproducts of meaningless chance. They are gifts that remind us of who were are, and who we were made to be. And Christmas is all about gifts. There is, as they say, a reason for the season. And wise men still seek him. 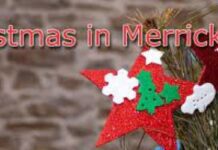