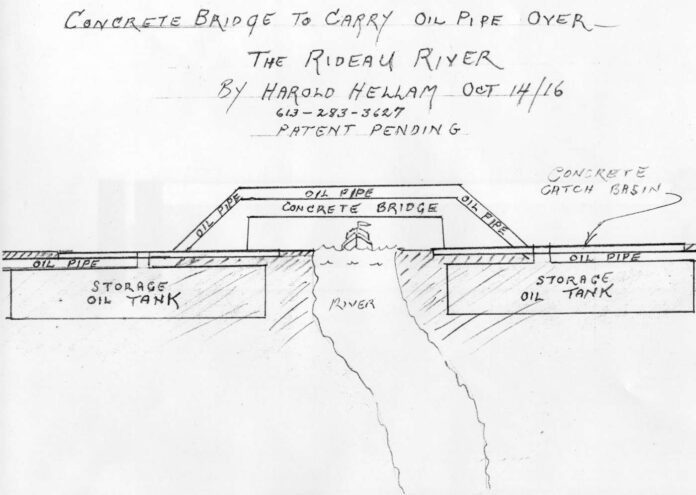 Local resident Harold Hellam is well known as a singer and composer, but his creativity does not end there. As he considered the lively debate about the Energy East pipeline and plans to run the project under the Rideau River as the pipes cross into North Grenville, Harold wondered if there might not be an alternative way of protecting the river from accidental spills. What he has come up with, as can be seen in the accompanying sketch, is a plan to run the pipeline over the river, instead of underneath it.

His vision would have large storage tanks in a concrete catch basin, so that, should a break occur in the pipeline, instead of having the heavy oil pollute the water and aquifer, it would be caught in the storage tanks. The pipeline itself would run over a concrete bridge, with a pedestrian walkway allowing for people to cross the river. Harold also believes the entire structure could become a magnet for visitors to the area, and add to the economic prosperity, as well as the environmental integrity of North Grenville.

One way or another