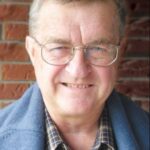 In recent editions of the Times, the 15 month old discussion of the proposed prison to be located in Kemptville has continued without pause. I myself first wrote a commentary on this subject in August, 2020, four days after the peremptory provincial announcement of the future construction of a prison in Kemptville. Shortly thereafter, I began the organisation of a group called Jail Opposition Group (JOG) with the following mandate: “To raise questions publicly concerning the proposed jail, questions which would relate to consequences of this jail’s construction which would be potentially harmful for North Grenville residents. And to oppose such harmful effects.” Of course, the definition of these harmful effects depends on one’s available information and personal values. Hence, not all points of view have been uniform.

Given the very loose format of JOG’s organisation around the aforementioned general mandate, specific opinions espoused by members of the JOG group have varied, but they have generally concerned the following ideas at core:

JOG members continue to draw attention frankly and directly to issues affecting the interests and rights of the residents of Kemptville, and how these will be affected by the imposition of the new jail. Some choose to see our direct action as disturbingly divisive. That is only true if our community cannot tolerate honest questions. I have been told I am rude for my actions in throwing light onto some very important issues for NG residents. But complaining in six years when the results are here won’t do the trick. Now is the time to express yourselves. Our municipal representatives have at long last begun to tentatively add some of JOG’s issues to their public message. Better late than never I guess, but not much leadership there. As has been the case from the beginning, leadership has been shown by residents themselves standing up for their community. So – please join us. Have your say. Buy a sign. Write a comment on Facebook, as I no longer can. Because, if you believe the province will take care of you without your paying attention on this issue, good luck. Above all, be active in your own interest, if not in the interest of others.