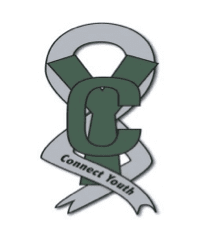 Kids Help Phone recently released a deeply disturbing report on how young people in Canada are handling the stresses and pressures of daily life. According to their survey, one in five Canadian teens have seriously thought about taking their own life in the last 12 months, and girls are twice as likely to have suicidal thoughts than boys. It should be recognised that this is not just a problem that is confined to a specific sector of Canadian society. Many are aware of the high incidence of suicide among young indigenous people, and there are deeply-rooted socio-economic reasons for that, in addition to the “usual” reasons common to all young people.

But the Kids Help Phone survey indicates that this is a problem endemic to all of our communities, and, in fact, may be even more prevalent in rural parts of the country. The Kids Help Phone agency also noted that since 2013, there has been a 29% increase in counselling sessions from young people struggling with mental and emotional health concerns; a 22% increase in counselling sessions from young people with thoughts of suicide; a 29% increase in demand for Live Chat counselling; and a 16% increase in callers aged 17-20+ who, in general, deal with a far more complex range of issues.

A new study from the Institute for Clinical Evaluative Sciences (ICES) and the Centre for Addiction and Mental Health (CAMH). Dr. Paul Kurdyak, who is Director of Health Systems Research at CAMH and lead of the Mental Health and Addictions Research Program at ICES, reports that: “Overall, we found a one-third rise in ED visits over six years for children and youth presenting with mental health and addictions problems, with anxiety being the most common driver of need. However, this growth was not limited to emergency care. We also saw a significant increase in hospitalizations and in office-based services, particularly by family doctors, for child and youth mental health.”

One agency dealing with youth issues in the United Counties has recently opened an emergency housing unit in Kemptville, and already, since July 1, there has been a constant demand for use of the temporary shelter. It, along with their original unit in South Grenville, has had eight referrals since Canada Day. Victoria Robertson, Youth Transitional Shelter Case Manager with Connect Youth, explains that “It is a fully-furnished one-bedroom apartment, we link them to services, assisting them in finding stable housing, hopefully long-term”. The agency needed to expand their emergency housing units for homeless youth, as the demand for their services far outstripped their ability to respond. Last year, they received 67 referrals for the Prescott unit, but they could only take an average of 1.25 people per month. This meant that more than fifty individuals needing emergency shelter could not be catered for. Kemptville was seen as the natural location for the next expansion unit.

Elizabeth Langlois, Connect Youth’s Program Coordinator, explained that Kemptville was a natural choice for the new unit. “Brockville already had facilities. Kemptville has less services than a lot of other communities. We wanted to keep it relatively close to Prescott, so as to cut down on distance, etc. Kemptville has a service gap, so it was an ideal community for the first expansion”.

Most referrals to the agency are for 17-18 year-olds, many of whom have been on their own for 1 to 3 years before being put in touch with Connect Youth. They have been staying with friends, or perhaps had a job and apartment that they couldn’t keep up on their own. Elizabeth and Victoria report that the young people they find coming to them are from homes of every kind: biological, foster, blended, it doesn’t seem to matter. But there is always a family breakdown element in the equation, and mental health issues are a common issue. “We try and engage the families, when they want to be engaged. Very often they are not engaged anymore”, says Elizabeth.

Connect Youth aims to try and prevent early problems resulting in homelessness for young people. Elizabeth says that: “If we can get to youth sooner, and help them to build skills, or connect them with services, to prevent it becoming a crisis, that is best. But both are needed: early contact and emergency housing. There’s nothing worse than having someone come to you needing help, without having something to provide for them”.

Victoria points out that: “One big issue that we run into is affordable housing in the community. We find it very difficult for youth to access affordable, sustainable housing after leaving home or wherever the youth are coming from”. This issues crosses over with so many others: the lack of rural transportation, bullying and abuse in schools and homes; problems with self-image, poverty, and so many others. Connect Youth is busy connecting young people with the services they need, services which are not always available in North Grenville. One of the reasons Connect Youth opened their emergency housing unit in Kemptville was in order to close the gap which they saw existing in service provisions here.

This is a complex issue, and one which we will follow up on in the coming months.