There has been a lot of effort put into economic development in North Grenville over the past decade and more. Box stores, lots of new houses, residential subdivisions popping up all over the place. There even seems to be some land clearing taking place for new projects in places where no planning permission has yet been applied for. Signs of optimism, or does someone know something the rest of us don’t?

To date, most of the economic development has taken place in the urban area of Kemptville, where Development Charges were meant to provide a Growth Pays for Growth situation. Large areas have been allocated for concrete and bricks, instead of grass and crops, in a manner that is often confusing, unsettling and simply odd. But the cry has been “Grow or Die!”, a slogan that is less than inspiring. But work has continued apace and much planning and development sweat has led to our current environment. So far, so good, so far.

But now a chill is in the air, and it’s not just winter coming. Housing starts have slowed, real estate sales are not encouraging, and residential taxes are starting to worry prospective residents of North Grenville. Funds for urban infrastucture developments have dried up, or else are being sent elsewhere by a provincial government that doesn’t seem to think we need any money here. This is, in part, because previous Councils decided not to raise taxes, and instead emptied our financial reserves. The thinking of provincial purse string holders is clear: you didn’t raise taxes, so you obviously don’t need the money as much as other, poorer municipalities.

The direction we have taken has been towards making North Grenville a dormitory for Ottawa, a place where workers can return at night to sleep, so the priority has been on homes, stores and better and bigger roads. Council and municipal staff are starting to quietly raise concerns that the money is drying up, and we may not be able to spend much more on anything. The strange thing is that there are sectors of the economy where funds are still relatively plentiful, but we don’t seem to be paying attention. There is funding for rural economic development projects, local food initiatives, agri-business opportunities. And, in case someone hasn’t noticed, most of North Grenville is rural. Perhaps if some of those making decisions about our economic development actually lived in North Grenville and paid taxes here, they might notice that there’s much more to the place than the Urban Service Area, aka Kemptville.

But some staff members have stated very clearly their belief that only the municipality can take the lead on any development issues. No voluntary organisation, no local business interests, can be trusted to manage things without municipal staff and budgets, it seems. That might, just might, be acceptable if things were actually going well. But they are not. In the municipalities surrounding ours, imagination and vision are being shown as alternative sources of revenue, jobs and development are being explored, while we just build more houses, and watch local people gradually get poorer, unable to afford to buy a house here.

There is a great deal of talent and expertise among municipal staffers, and given the right encouragement, much could be done. But the system under which we have lived for more than a decade has deeply discouraged the public from getting involved. Speaking at a Council meeting, where it is permitted,  usually seems a waste of time, and people complain about the disrespect they meet with when they try.

In an article elsewhere in these pages, Heather Sansom suggests that the public be let in to the policy- and decision-making process by establishing committees. We used to have such things, before they were set aside in favour of the so-called Committee of the Whole. At a stroke, the contribution of the public was severely restricted. Instead of sitting on committees and introducing and discussing policy, the public were relegated to giving their “opinions” during CoW meetings. But it was now the sole prerogative of Council to actually decide what to talk about and implement.

The public needs to be involved again. Many promises were made during the last election (and the one before, and the one before…) that things would change, that there would be more public consultation, participation and input. Literally, nothing has changed. No extra Councillor appointed, not a single change in the procedures followed in Council meetings. Merrickville-Wolford has six Councillors and a Mayor, representing about 3,000 residents. NG has just four Councillors and a Mayor, representing about 16,000 residents – the same size of Council Kemptville alone had in 1858!

We are trying to fly on one wing. We need to explore the potential of our rural lands, our agri-business and food initiative potential. This is not being done under the current system. The system must change. The people of NG have to have their say, their input, share their expertise, experience and vision. Municipal Councillors and staff have talent, skills, and dedication; but to think, on the evidence, that they can do it all without us, is at the least arrogant, and, at the worst, potentially disastrous. Will the Municipality of North Grenville please let us in!

Letter to the editor – Economic Development 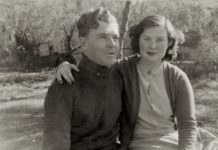