On Monday, January 23, the Kemptville Wildcats elected new directors for the upcoming 2017 season. Preparations are in full swing for another great year with the Wildcats. 2016 saw tremendous growth in the organization. With North Grenville growing so quickly, KWBSC is happy to provide house league and All Star Baseball, as well as girls Softball, to all youth in the area. Age levels include 3-18 years old, with the women’s league being 18+.
Returning Directors nominated for the 2017 KWBSC executive are Jeremy MacDonald as President, Warren O’Callaghan as Vice President, and Claire Larabie as Treasurer. New Members nominated are Eldon Mellaney as Director of Player Development, Allan Simser as Director of Fields and Equipment, Chris Allingham as Director of Softball, Jimmy Hogan as Director of Baseball, Jill Boyd as Director of Smallball, Kristel Arcand as Director Risk and Safety. Nadine Pickard as Secretary, and Steve Thompson and Melissa Lemay as Directors at Large. Returning as Registrar will be Anne Marie Gibbons, with Mary Anne Leang as KWBSC league scheduler. Lyn O`Callaghan retires this year after six years service to the Club, but remains as an adviser to new members for mentoring her former positions. All executive members are very excited to start the year to help over 400 kids play ball in the North Grenville Area. The Executive would like to thank Mike Martin for his tremendous support of the Umpires in his work as Umpire scheduler over the last three years. KWBSC wishes him well in his future endeavours!
Early bird registration for 2017 season play will run from February 3 to 28, with a 10% discount on fees, season registration will have a firm close date of April 15. Late registration fees will apply as of April 16 with a fee of $30 per player. No registrations will be accepted after April 23. Spring training registration will go from February 3 until March 31. For information on fees by age level, please see the website, or the Wildcats Facebook page. Any businesses interested in advertising with the Wildcats can contact Lyn O’Callaghan at [email protected] 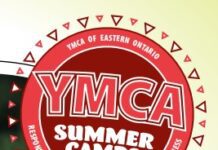 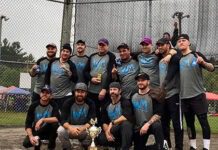