As we approach what may be the strangest Canada Day of our lives, there appears to be a light at the end of the tunnel we’ve been going through the last few months. Life appears to be returning to something closer to normal, and there’s a sense that the worst may be past. There’s an interesting paradox involved here, though. We want everything to return to what we find comforting and familiar, yet a few weeks ago we were saying that things would never be the same again: that we wouldn’t take things for granted anymore, we’d be better, protect the environment, continue to be aware of others and their needs, etc.

In my work as an historian, I’ve come across similar situations in the past. Times of crisis bring out the best (and worst) in people and societies, and there’s a hope that, once the crisis is past, the world will be a better place because of all we’ve learned. “There’ll be bluebirds over the white cliffs of Dover, tomorrow, just you wait and see”, as the lately departed Vera Lynn sang during WWII. The bluebirds came back, but the rationing remained, along with the Cold War, the atomic bomb, and the rest of that bloody century.

Am I trying to be depressing? No, but society has developed a very shallow character over the past decades, one in which people are never really honest for very long. We emphasise the phenomenon that Joseph Conrad wrote about in Heart of Darkness, and which was later adapted as the theme of the film “Apocalypse Now”: there is a thin veneer of “civilisation” we place over a deep well of anger, hatreds, competitiveness, that never really goes away for long. Society depends on us channelling that side of things in a positive way.

And we’ve seen that most recently in the anti-racist protests that broke out all around the world, a wonderful uprising of righteous anger against the systemic racism that murders, physically and spiritually, and apparently without remorse or consequences. Now, can we regular citizens manage to direct that to our own country? Instead of directing it solely against violence in the police forces, can we finally focus our righteous anger against the systemic racism of Canada in its relations with the indigenous people who have lived under legalised oppression for so long?

Will we stop blaming the victims of our neglect and uncaring ignorance, and begin the long and difficult road to justice and, perhaps, institute a policy of civilisation of Canadian society?

There’s another injustice and crime against our people that demands a more immediate response, not only in Canada, it seems, but in many countries hit by this pandemic. In the Leeds, Grenville and Lanark region, Covid-19 has taken the lives, at recent count, of 52 men and women. Each week, we’ve been publishing a Local Covid-19 update in this paper, and the statistics have been troubling in one major respect. Of those 52 deaths, 49 took place in long-term care homes. We in North Grenville and Merrickville-Wolford have been saved from this terrible experience, and genuine credit and thanks goes to the care homes and retirement homes in our communities. But this devastation which has taken place among seniors in these facilities, not just in Ontario, but around the world, demands an accounting.

The report of the military on Ontario long-term care facilities was staggering in its findings, and no government can legitimately claim not to be responsible to some extent. This needs to be looked into as soon as is practical, and steps taken to end the abuses and maladministration that has caused such a dreadful toll on the most vulnerable. How long has this been going on, why was it allowed to continue?

In Britain, for example, inquiries revealed that thousands of patients in hospitals were sent back to care homes to make beds available for the expected rush of covid cases. But they were sent back without being tested, and just brought the disease back with them. A lack of PPE and trained medical staff added to the disaster. This needs to be looked into. Every country will have to examine the steps taken, and not taken, and the timing of decisions too, to see what can be learned. It is not just a matter of dealing with an unprecedented situation, because there were warnings, there were programs in place that were dismantled before they could be used.

It would be easy to not talk about this just before Canada Day. It will be far too easy to go back to blissful ignorance at some point. But that is a trap and a delusion. Learn from the past. Vera Lynn sang: “There’ll be love and laughter, and peace ever after, tomorrow, when the world is free”. Hardly describes what really happened since 1945, does it?

We’ve seen what people can do when they stand up for justice. But it doesn’t stop with protests and anger and demands: it requires action and commitment as we go forward. So, to add to what has been the usual sign-off here, we’ll quote another song and see what it means: because this, too, shall pass, We shall overcome. Oh, Canada! We stand on guard for thee. That means the people of Canada, without whom Canada means very little. We stand on guard to ensure that this is a land that takes care of its most vulnerable. Let’s not forget them once all this is past. 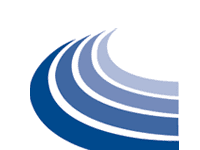