by Ralph Raina, former Mayor of the town of Kemptville

In response to Brian Lonergan’s article on the ward system; these are the following comments and clarifications why the ward system would be completely wrong and unfair to be implemented in a municipality the size of North Grenville. In other words, it does not cover representation by population, example: Ward A may have a population of 100 people and Ward B may have a population of say 3,000. Showing the disparity between ward systems in North Grenville versus the ward system in Ottawa: In 2016 Ottawa had a population of 943,243 split into a total of 23 wards, making it on average of about 40,619 people per ward. While in North Grenville, according to the 2011 census, it had a population of 15,085 and to split that into a total of 8 wards would mean you would average roughly 1,885 people per ward. Incidentally, the present council, if I understand correctly, have two people elected from the former municipality of South Gower and two people from the former municipality of Oxford on Rideau, and one from the town of Kemptville. Also, the previous three mayors; Don Cameron, Bruce Harrison and Bill Gooch, resided in the former township of Oxford on Rideau.

Now, in my opinion, we have enjoyed very good cross representation from the whole township of North Grenville.

Mr. Lonergan also stated that it would “…help to prevent outsiders from thwarting the wills and needs of local residents.” If I interpret this comment correctly, it appears that he wants restrictions put on people according to the length of time they have resided in North Grenville. With my long time experience on council, the subject of the ward system has appeared many times in various municipalities, and it always comes out to the same result: that it becomes too localized for the people at large.

Another problem that one encounters with the ward system is that important issues pertaining to a specific ward tend to get bogged down in red tape, due to the fact that each ward member is looking out for their own constituents. An example of this would be county road 43, which is within Kemptville’s borders and is, without a doubt, a major safety issue, heightened by the recent death. Now if we were to follow the ward system, what would occur is that the current council member of Kemptville would, and should, be striving to remove the safety hazard. However, you would have other council members who are interested in their own ward, and so, because of that, would not be able to agree to prioritize Kemptville’s problems, even though Kemptville is the largest area and it would help the most people.

The problem is not with the current method of electing council, rather it lies with the voters themselves, for it is their responsibility to ensure that the candidates that they choose to elect are the ones that hold the most goodwill for the community as a whole. 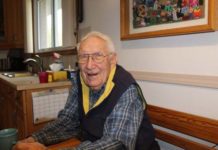 The Ward System – the discussion continues