Over the calendar year of 2016, several areas in Ferguson Forest Centre were covered in offensive graffiti, the bridge on Turtle Trail was damaged, and vehicles repeatedly tore up the turf at Anniversary Park and the pump house. More disturbing was the loss in October of a picnic table from the shelter at Anniversary Park when it was thrown in the Kemptville Creek, and significant damage to Kinderwood children’s trail, whose “animals” will remain in hibernation until the signage can be replaced. Those responsible probably will never be caught. Vandals seldom are. No less offensive is the ongoing problem of dumping in the parking areas adjacent to the crown lands, and at Anniversary Park and the pump house. Disposing of debris can be harmful to wildlife and could be a hazard for forest fires. If near watercourses, it can become an environmental problem. We all have a responsibility in keeping Ferguson Forest Centre clean and green. Vandalism hurts everyone. Whether it’s a sign, or a building, or greenspace, the damage and disruption of vandalism has a high cost. Not only does the staff at Ferguson Forest Centre need to report, document, estimate and repair the damage, but they have to take valuable time out of a busy day to deal with such issues. In mid-2016 the Friends of the Ferguson Forest Centre adopted Anniversary Park in an effort to help keep the park looking great for visitors. This stewardship initiative has now expanded to regularly include the Turtle Trail and the pump house greenspace. Periodic sweeps are done along the roadways and remaining trails. We thank our dedicated members who pitch in and maintain the land we all enjoy. It is very unfortunate that some feel the need to leave graffiti on buildings and signs, damage the trails, and make the greenspace less attractive. The Ferguson Forest Centre belongs to all of us, so let’s join together to keep it a fun, safe environment for people of all ages! 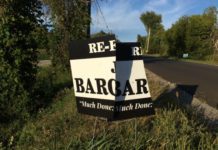 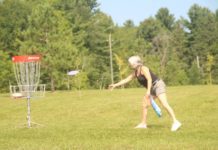