Merrickville-Wolford council held a lengthy discussion at their last council meeting about transferring a piece of municipal property to Rideau Community Health Services (RCHS). The decision was made to proceed with the process of transferring the land that houses the Merrickville District Community Health Centre (MDCHC) to RCHS, which was decided during the last term of council. The chair of RCHS, Jacques Pelletier, said in August, 2018, that they want to own the land that houses their $2 million health-care facility, because, should the building need upgrades in the future, it will be easier to secure funding from the government or private lenders if they own the land where it is located.

Because the transfer of the land requires a severance, it was considered by the municipality’s Planning Advisory Committee, which recommended that it be sent to the Consent Granting Authority (CGA) of the United Counties of Leeds and Grenville for approval. Merrickville-Wolford Chief Building Official, Randy Wilkinson, says that the severance has been conditionally approved by the CGA, and they will be rendering a written decision shortly. If it is approved, the RCHS will eventually own the parcel of land that houses the building, and will continue leasing the parking lot from the municipality at $1 per year, as they have done for the past two decades.

The decision came back to council at the meeting of April 23, and some councillors expressed concern about the granting of the land to the RCHS, because they were unaware of the organization’s background and reasoning for wanting to own the land. Deputy Mayor Michael Cameron was worried that the municipality would lose out if the MDCHC folds and the building and land is sold together. Councillor Timothy Molloy mentioned the possibility of having a clause in the agreement stating that, should the Health Centre fold, Merrickville-Wolford would regain ownership of the land.

Randy told council that, should they grant the transfer, the next step will be to draw up the final land registry papers and deed for the land. “Assuming there are no appeals of the Decision of Committee, there will be a one-year period to register a new deed,” Randy says. “Within this time period, the legal details will be completed, and the land transferred over to the Health Services board.” RCHS has agreed to pay all the fees associated with the severance and transfer of the land.

It seems that the original information presented to the previous council has been lost in the shuffle of the election, and Council felt that they did not have sufficient information to make the decision to continue with the process of transferring the land to the RCHS at the last council meeting. Mayor Doug Struthers suggested that they defer the decision until they can hear a delegation, or more information from the RCHS, to gain clarity on the reasons they want to own the land. “I would like a clear answer from the Health Centre,” said Deputy Mayor Cameron.

CAPP asks Province not to transfer land for prison 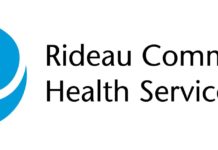 RCHS pivots to continue to serve clients during pandemic