Ever since the news broke that the two major corporate owners of community newspapers in Ontario had co-operated in closing down twenty local newspapers across the province, we at the Times have been asked by a number of people if this move will affect us. The simple answer is “No”, the more complicated answer is “Perhaps”.

Postmedia Network Canada Corp. and Torstar Corp. are the two largest newspaper companies in Canada, and there has been a long-standing competition between them to capture the community newspaper market. Unlike major dailies, community papers are thriving in most of the country, as people look for more local information, news, and updates on politics and social activities in their neighbourhoods.

Last week, the two corporations announced that they were swapping ownership in 37 papers, and closing at least twenty of them in areas where there was local competition for advertising revenues. This will mean the loss of almost 300 jobs across the province. It also reflects the main focus of these corporations, which is not the provision of local news coverage, but the selling of advertising and distribution of flyers. Torstar Corp. own Metroland Media, which owns the Kemptville Advance, but there has been no indication that the Advance is being scheduled for closure as of now. In recent years, the Advance has left North Grenville for premises in Smith’s Falls and Ottawa, leaving a reporter to cover local events.

The North Grenville Times (with the sister Merrickville-Wolford Times), is locally owned and is an independent publication serving 9,500 homes in the two municipalities and beyond. We are not controlled by any corporation, and our mandate is to provide coverage of local news, sports, politics and cultural events, along with articles of general interest to the people in our communities. As such, we can provide a forum for ideas and discussion that is open to everyone, regardless of whether they are shared by the editorial staff of the Times or not. That is our advantage over corporate papers: everyone has a voice here.

So, as long as the community continues to support their local paper, the Times will be here, no matter what the big corporations do with their own publications. In the face of changing fortunes for Torstar and Post Media, the Times will not be changing. 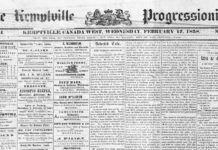 Local newspapers of the past 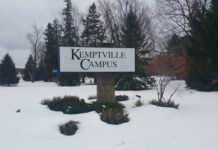 No News Is No News