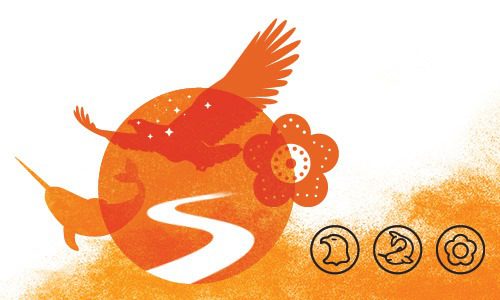 There are some who dismiss the initiative as an empty symbol, a token gesture by Canada with little impact or meaning. That very much depends on each one of us. September 30 could have the same profound significance as Remembrance Day, or become like Queen Victoria’s Birthday, just another day off work for some. What will make the difference? Truth.

Before you can have Reconciliation, you have to have Truth. People have to know and understand why the day is marked. We have to know the truth of our shared past, the legacy that still dominates a significant section of the population of Canada. The fact is that most Canadians have very little idea of that past, or that legacy. This is partly because we didn’t learn about it in school, partly because we don’t know how to find out, and partly because it is hard work to discover the truth in all its dimensions.

There is so much untruth out there. So many false ideas of what Indigenous people have experienced, what benefits and advantages they are accused of enjoying at public expense. “They get everything free”, is just one of the untruths that people accept too easily. There is also a reaction to the sometimes misleading media reports that focus on the dramatic, or the politically correct.

But reconciliation only follows truth, otherwise it doesn’t last, doesn’t work, solves nothing. Look at the example of Remembrance Day. For decades, it was marked with respect and a certain reverence for brave heroes and great sacrifice. But, as the truth about the incredible horrors experienced in war, and the long-lasting effects of post traumatic stress on veterans, became more widely known and understood, the importance of Remembrance deepened. Knowing the truth in all its shades and layers provided us with a greater understanding and a greater appreciation of the day and what it stood for.

We can accept a superficial acknowledgment of Indigenous history and experience, but that still leaves a huge gap in understanding, an enormous barrier to real reconciliation. Government apologies and statutory holidays can remain just gestures, designed to make us all feel better. All of us, that is, except the Indigenous communities that remain without safe drinking water, adequate housing, economic opportunities, a system of legislative apartheid under the Indian Act, and so many unseen and largely unknown acts of oppression that continue to this day.

Canada can point to a Land Claims process to show how willing governments are to face the mistakes and injustice of the past. But Canadians don’t know how difficult it is for any just conciliation to take place in the face of ongoing government resistance to genuinely deal with land claims, the long list of bureaucratic barriers that are thrown up to prevent real settlements of historic wrongs. Stephen Harper apologised for Residential Schools, and then turned around and cut research funding to Indigenous research units which had provided the evidence that forced the apology in the first place. Justin Trudeau claimed, when he was first elected Prime Minister, that the relationship between Canada and the Indigenous peoples was the most important one for him. But years later, and a $600 million election, people all over this country still can’t drink the water, still don’t have adequate healthcare, still fall far short of the services other Canadians can take for granted. So it’s not a party political issue.

There have been, to be fair, many positive changes over the past decade or so in the way Canadians relate to the First Nations. Land acknowledgments have become more common, as the truth of the statement, “We are all treaty people”, is recognised by more and more bodies in Canada. But still many Canadians don’t accept or understand the truth of that statement. We, through our political representatives, have committed Canada to honour legal agreements signed over many years. We are parties to those treaties, whether we like it or not; whether those agreements were fair and honourable, or not. The United Nations Declaration on the Rights of Indigenous Peoples has been “accepted” by Canada, but how many have read the document, or know the legal implications? It is in direct opposition to the Indian Act and the policies of successive governments. This has far-reaching implications for all of us, if we take it seriously.

But beyond legalities and legislation, it is the morality of Truth and Reconciliation that should concern us most. Canadians have an image of themselves as being fair and moral and tolerant. History does not support that idea. We need to know the truth, so that we can properly move towards reconciliation. A patronising pat on the head, or an empty symbol of a statutory holiday and wearing orange is not reconciliation. These measures can have a deep moral content, if we understand why we act on them. The injustice inflicted on Indigenous people in Canada was made possible by the fact that Canadians, aside from a few politicians and bureaucrats, didn’t know it was happening. There is no excuse for such ignorance now. This National Day for Truth and Reconciliation should make us ask why we need reconciliation, and with whom. What is the Truth we haven’t known or understood? How do we move forward in a meaningful and truthful way? That is why the future impact of the Day rests with us. 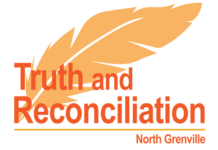